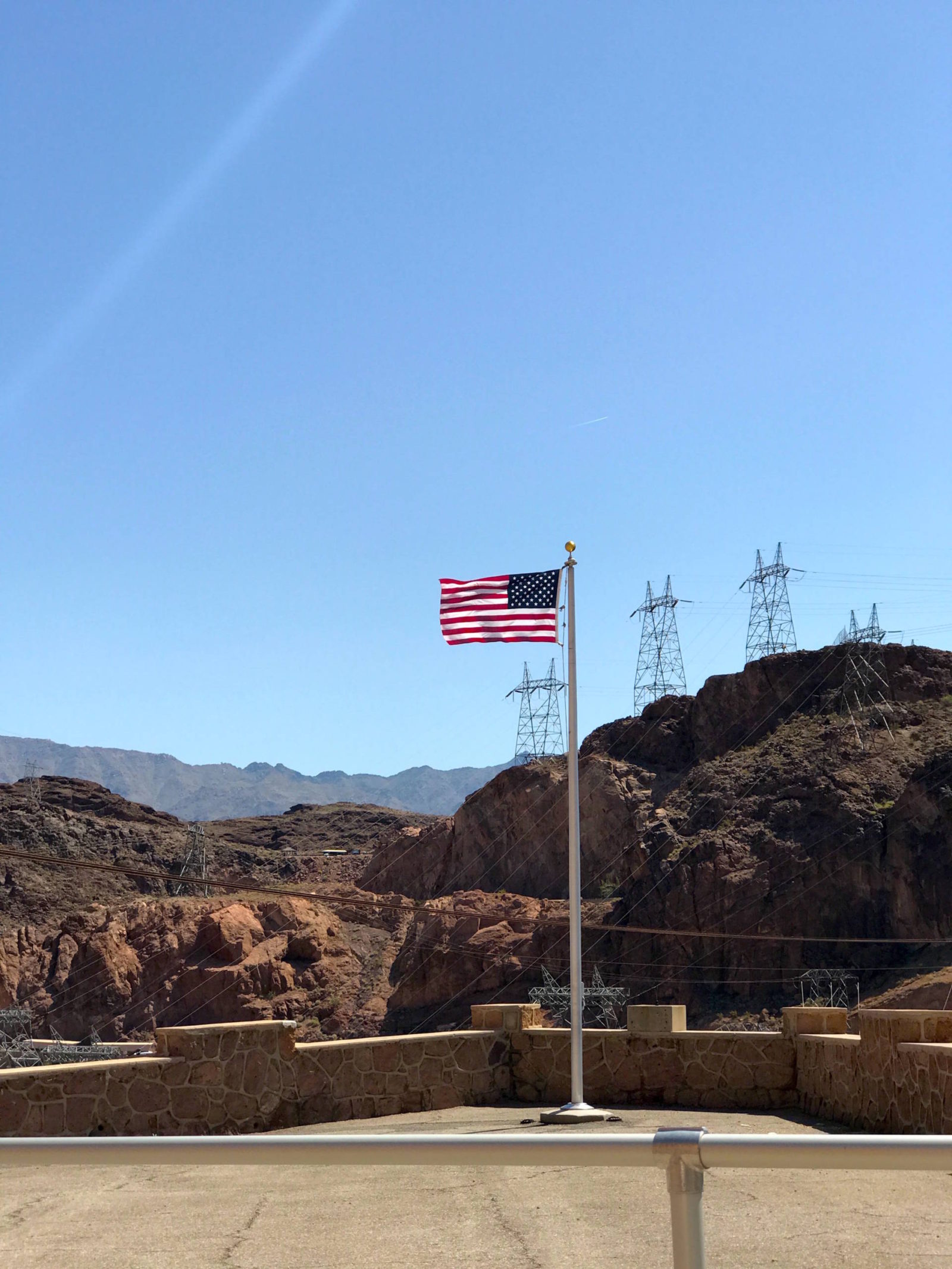 When you spend a week in Vegas, you need to get out at least a couple of times. One day we went to the outlet malls and another day we decided to visit the Grand Canyon. However, after a little bit of research, we realised that the grand canyon required either a lot of money or a lot of driving, so we researched a little more and hit upon a plan on a travel forum to drive to Grand Canyon West via Hoover Dam, which is apparently something that can be easily done in a day. 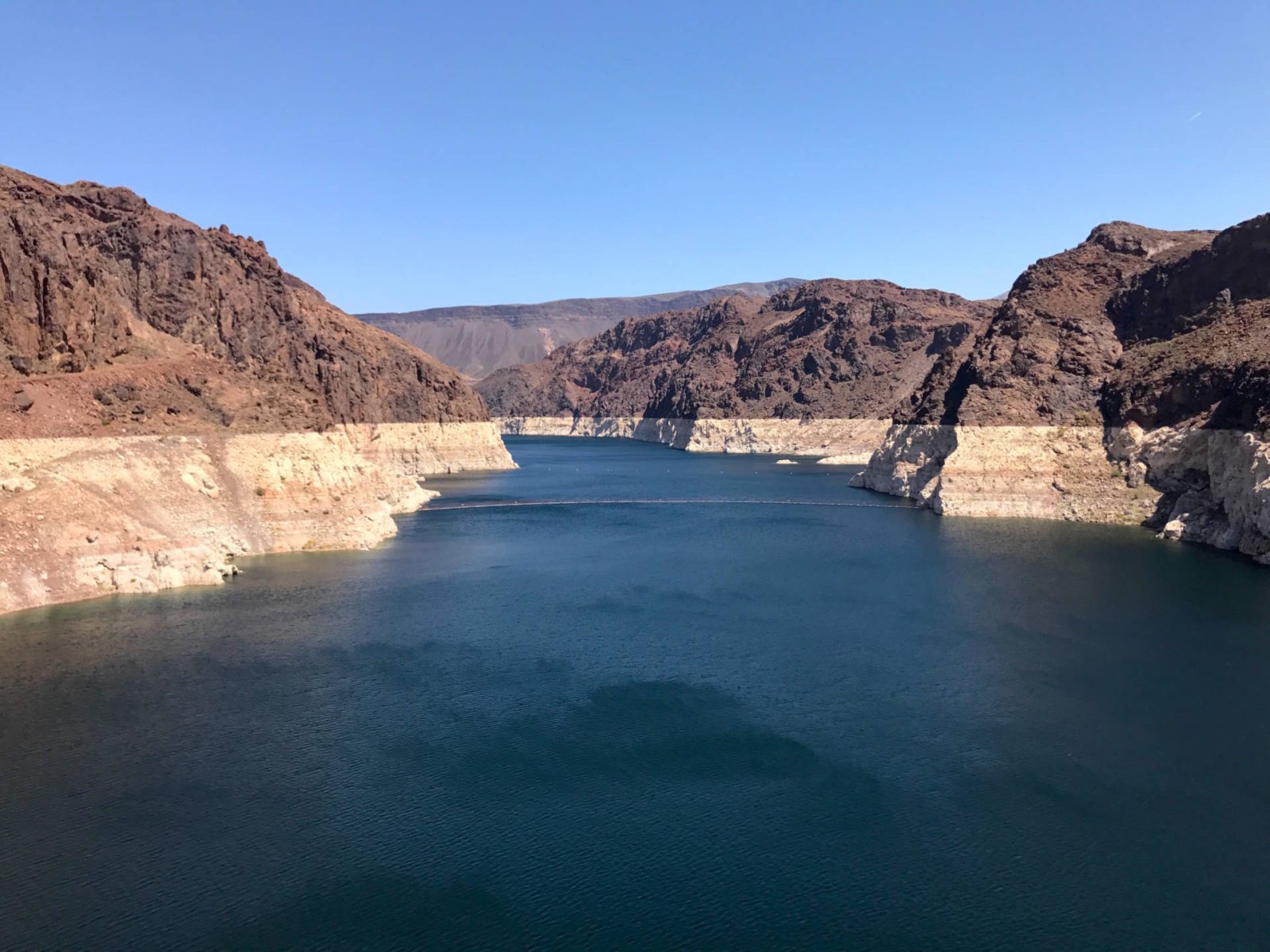 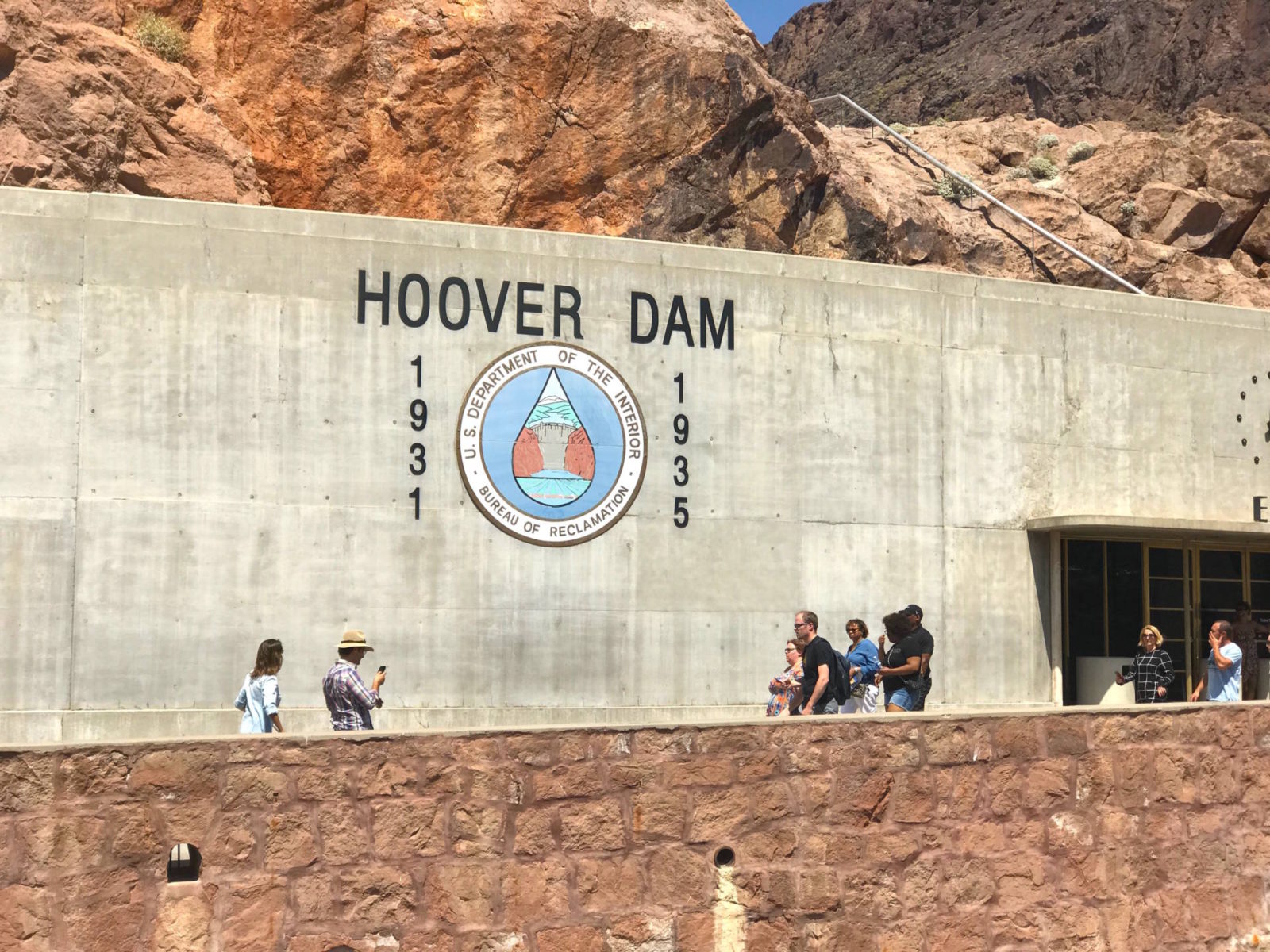 We woke up early and hit the road to get to Hoover Dam. It was a relatively easy drive and took about an hour with a quick coffee stop on the road. I’m not sure what I thought about the Hoover Dam. It was nice to say I’ve seen it, but I wasn’t really excited about it. Yes it was big, and thinking it was manmade and a feat of engineering made it kind of impressive I guess but it didn’t have that much of an effect on me. What I did love was the fact that you could stand on one side of the land in Nevada and the other side in Arizona. That was pretty cool. We tried to get a picture but there was an Asian girl doing the splits across the line with her dad taking a picture and the wind was blowing a gale and I found it all very overwhelming to also get a good shot with a load of tourists either walking past or waiting in line for the space we were occupying. Stressful times trying to get a good pic for Instagram! 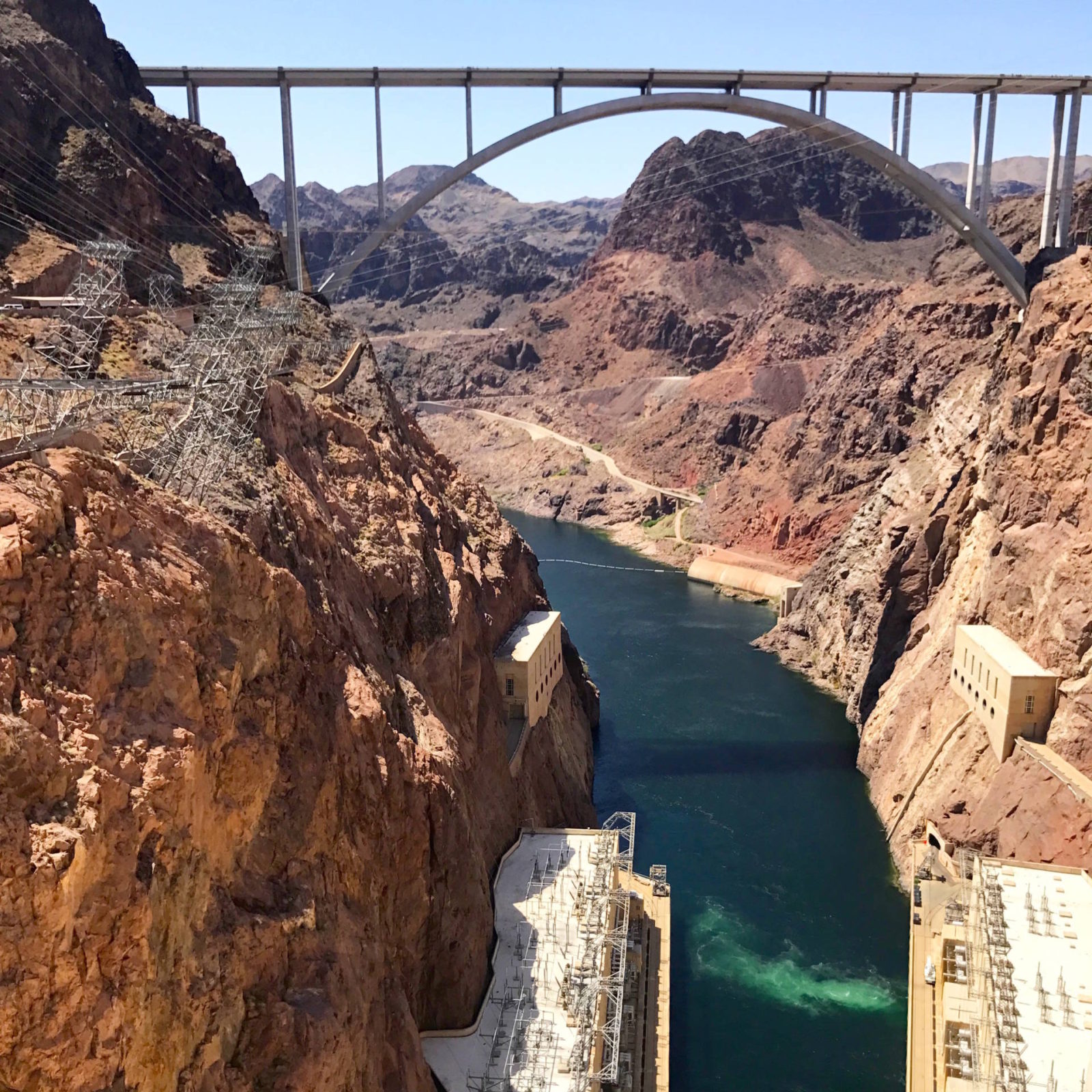 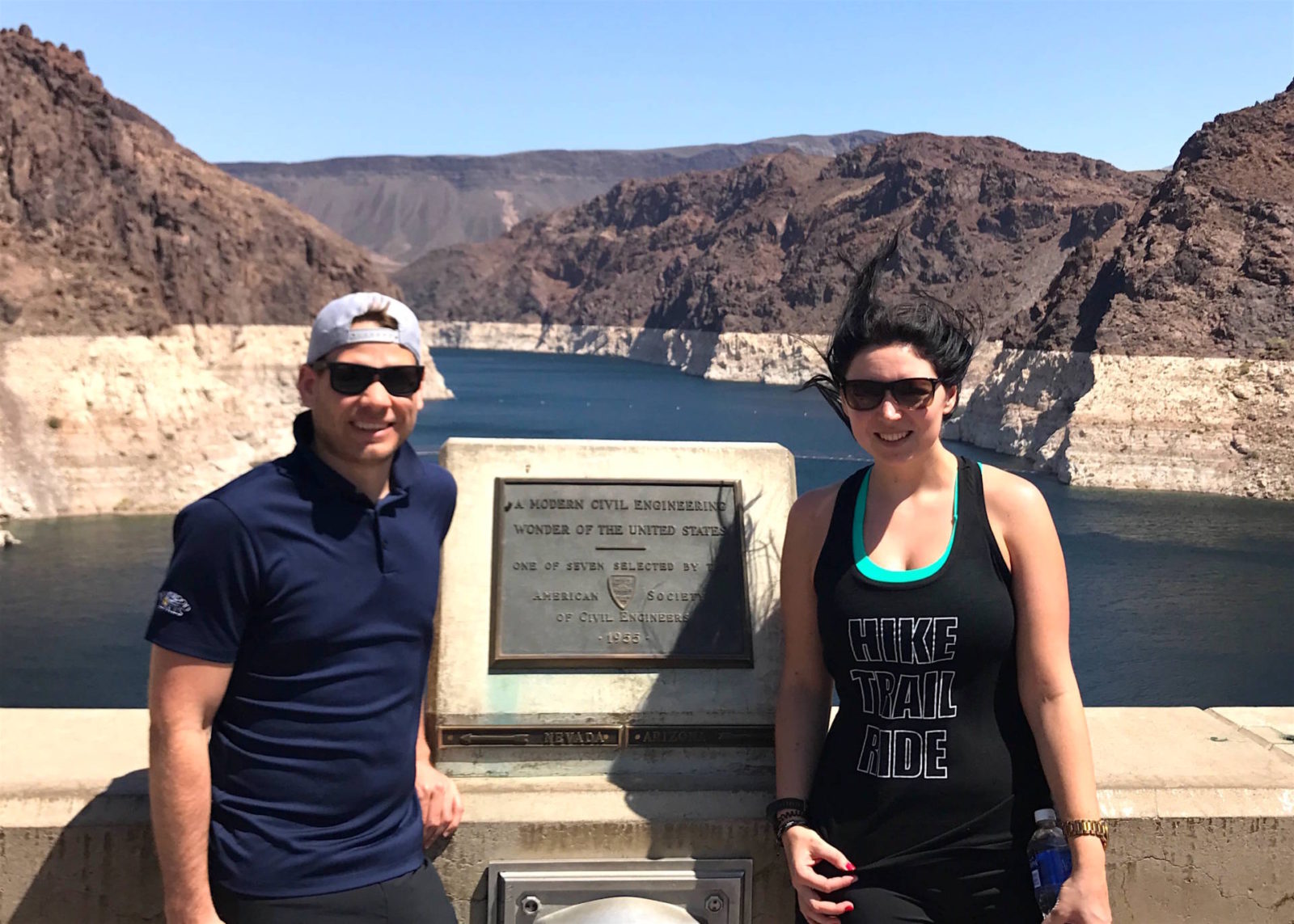 After Hoover Dam, we made the 2hr trip from Hoover Dam to Grand Canyon West, which is not actually the main part of the Grand Canyon but actually a private park owned by the Hualapai tribe who have monetised the shizz out of it, which again, if I’m honest, was a bit of a disappointment. We rocked up and were immediately ushered into a car park, then into a cheesy gift shop where we had to queue for along time to buy tickets to actually get near the edge. We bought the cheapest as were weren’t interested in additional meals or shows or tours. It cost a shocking $50 per person. 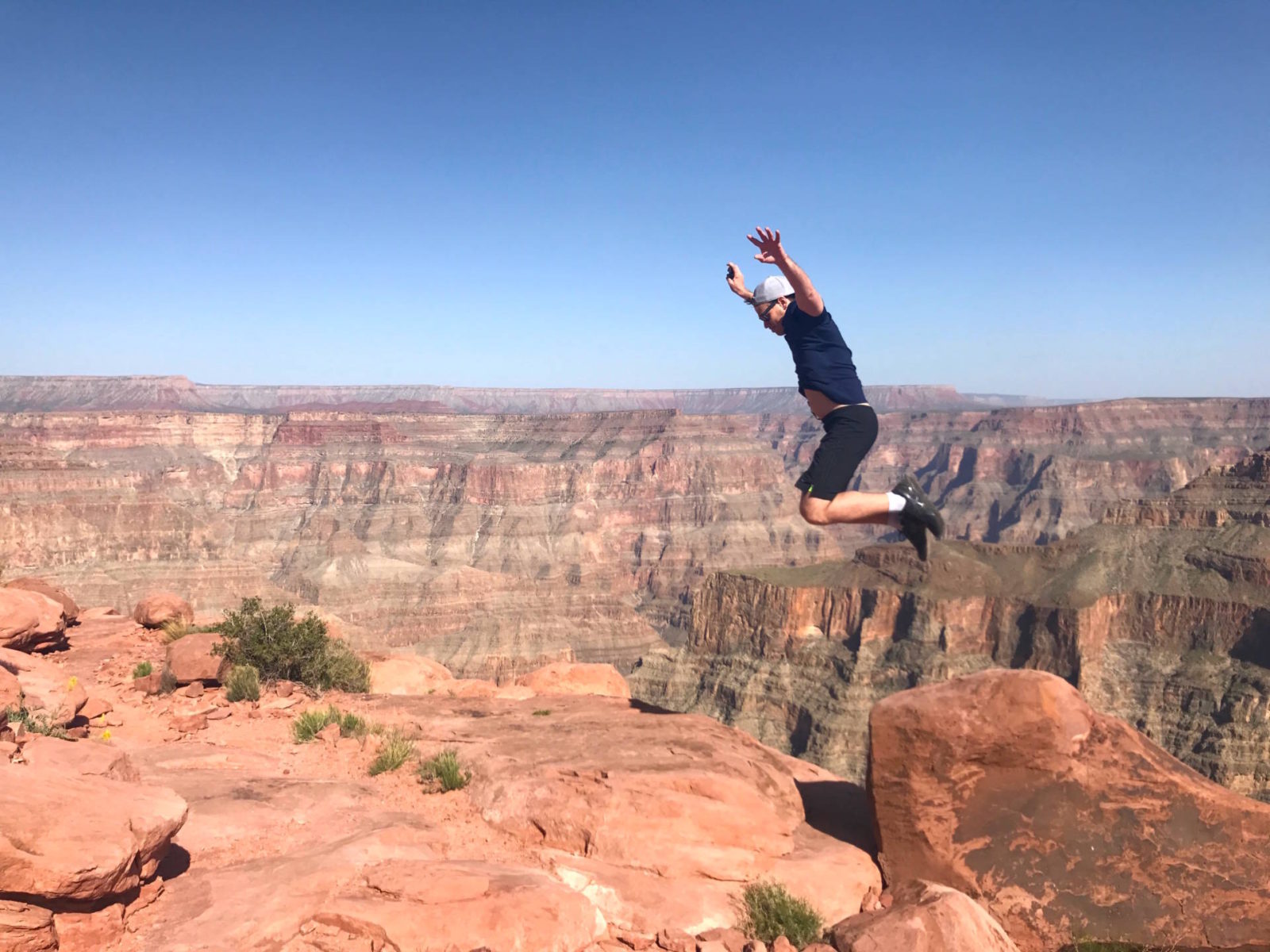 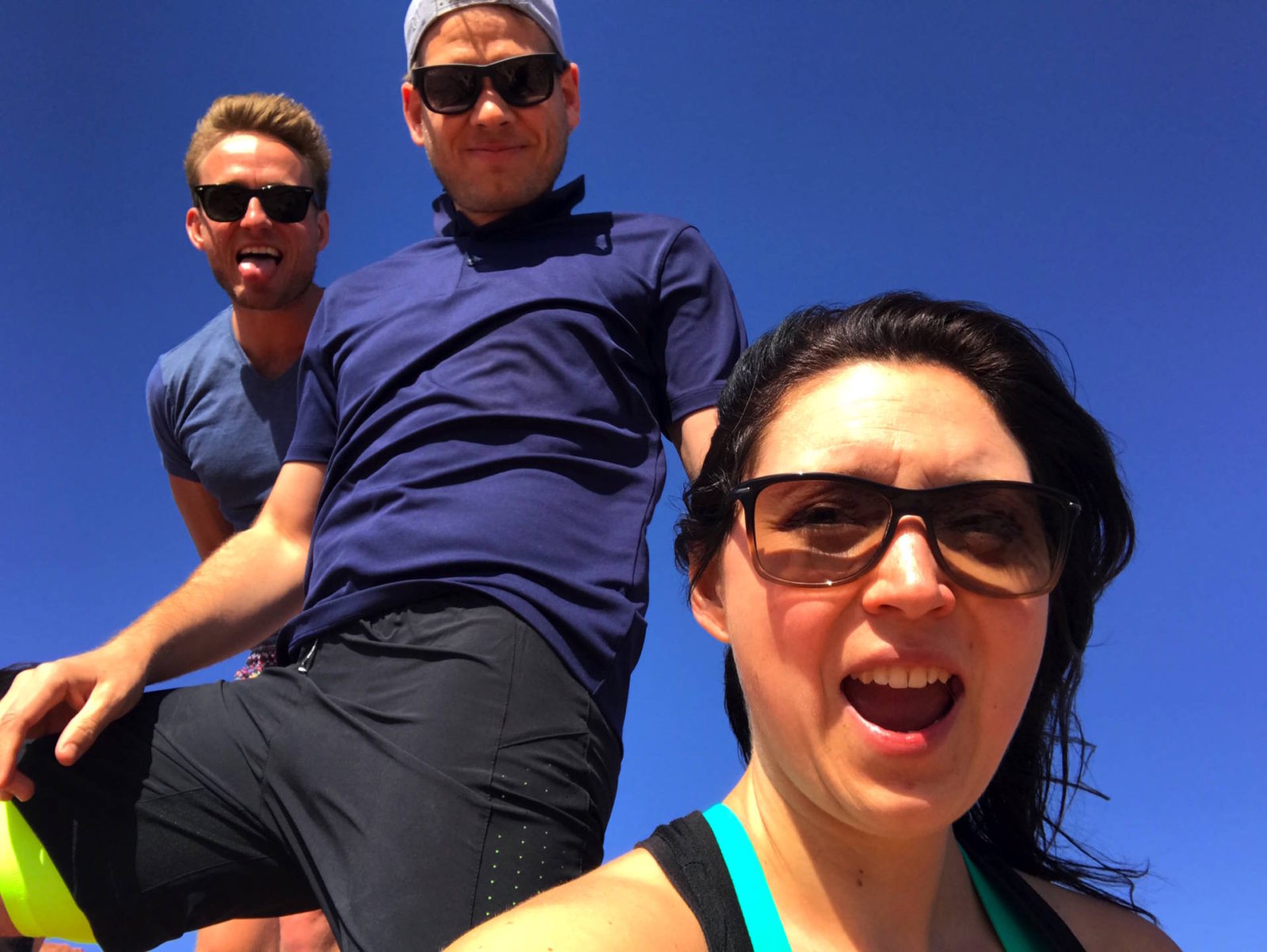 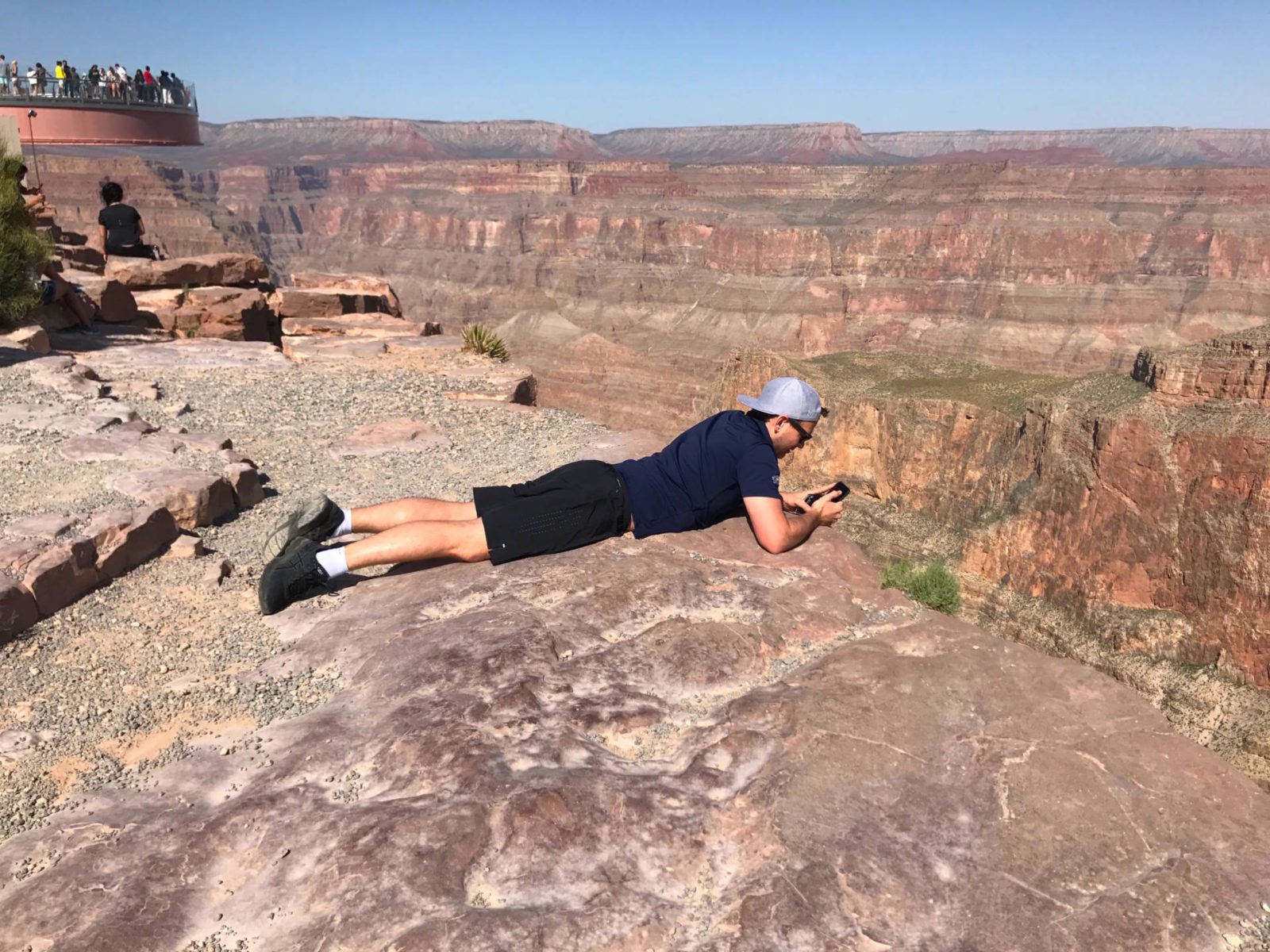 We were ushered on to a shuttle bus where some enthusiastic driver told us to buckle up as she drove us to the stop, which comprised the SkyWalk and the first part of the grand canyon, Eagle Point. We skipped the Ranch section which didn’t look like it was worth the stop and more of a tourist trap if I’m honest. The skywalk was extra and we chose not to pay that. We took a few pictures whilst standing at the end of the sheer drop (with no security or barriers I might add) and a lot of tourists posing pretty close to the edge, before jumping back on the bus to go to the final stop, Guano Point. This had very impressive views, but again with no barriers and a kiosk/restaurant where a few people were eating (some of the ticket options included a ‘meal’). The wind was high, so we had to be very careful on the edge but we got a few good pictures before heading back on the bus to go back to the car and leave. 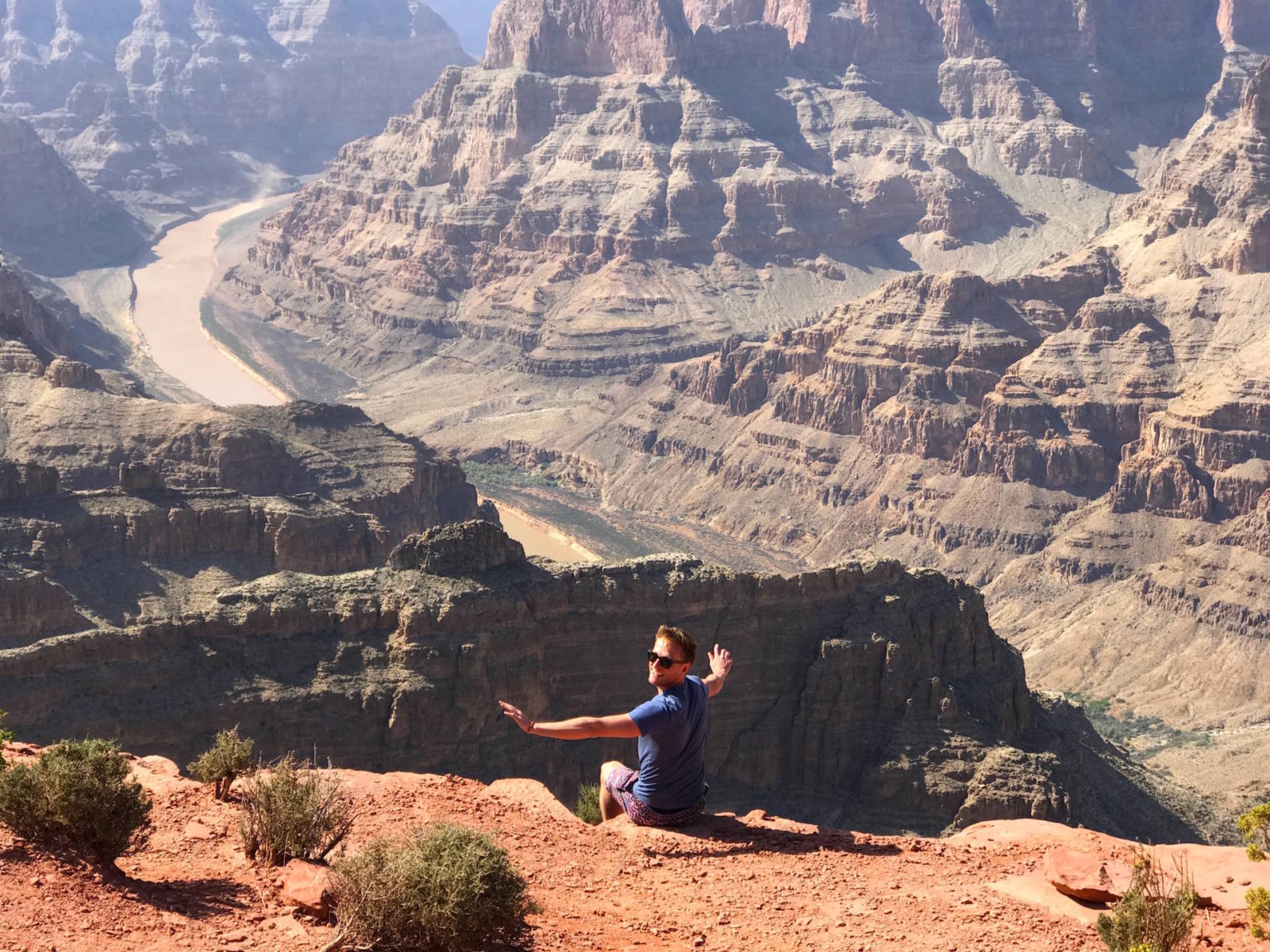 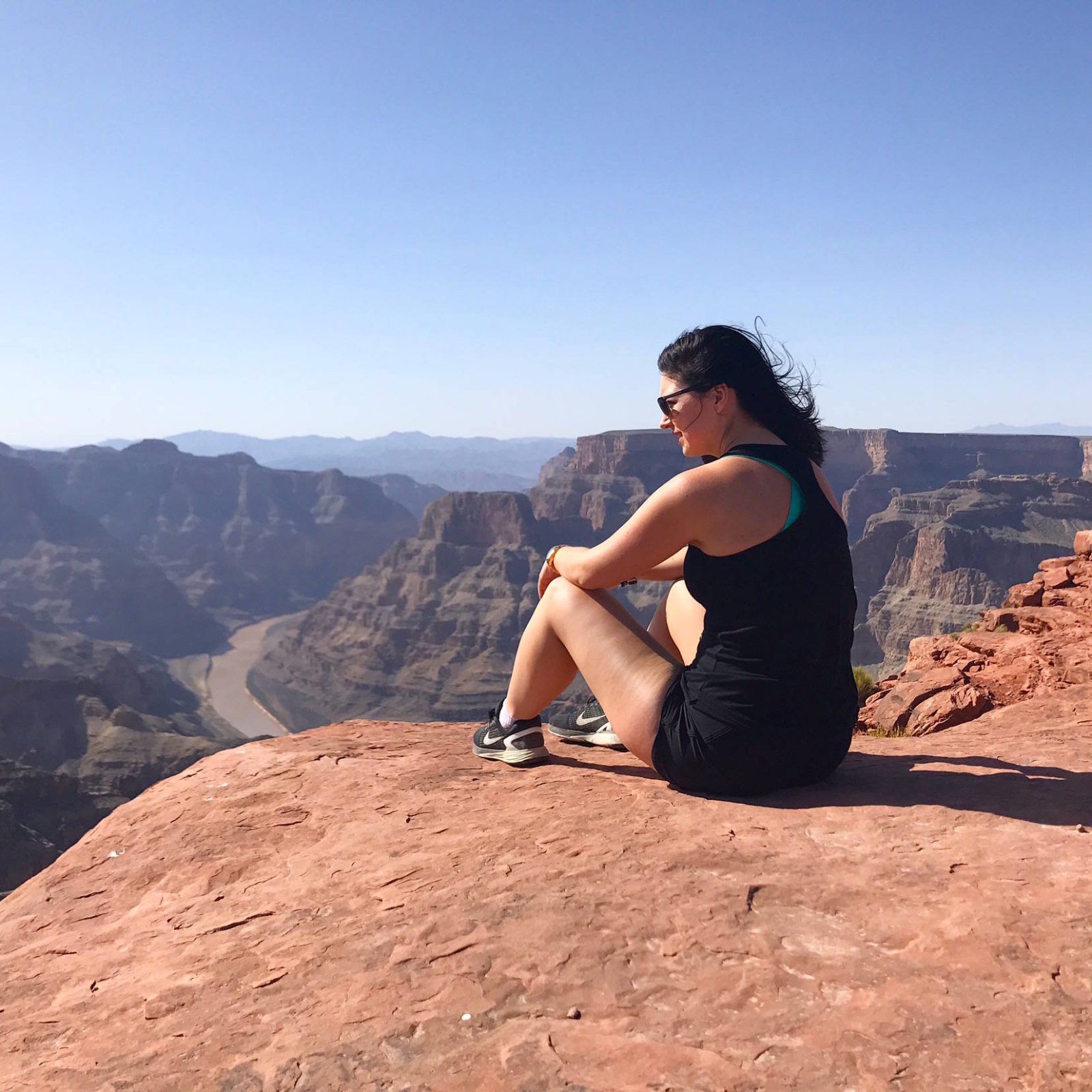 It was a funny day. I guess we ticked off a couple of bucket list items, but it was an odd day all in all. Nice to get out of Vegas though. Although I was pleased to see the hotel when we got back!