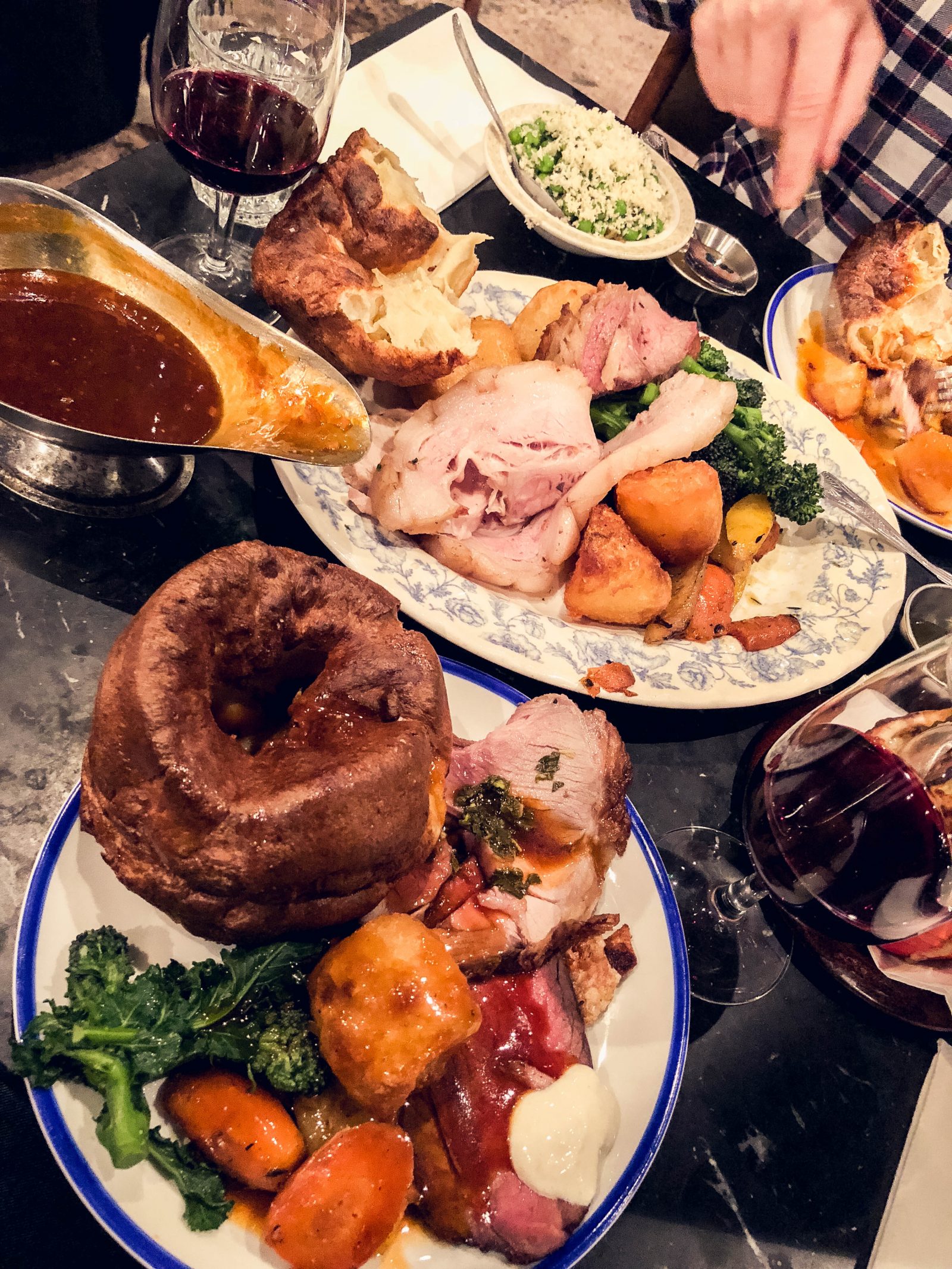 Since moving Guernsey, there are few things that I miss about living in London, but a good London pub is one of them. A brilliant pub lunch is another. And a fantastic Sunday roast is at the top of the list. I used to love a lazy London Sunday. Up late, maybe a run, maybe a trip to the farmer’s market, usually neither. Then dragging ourselves mid-afternoon to the local pub for a banging Sunday lunch, maybe with friends, often alone – a roast with all of the trimmings, accompanied by a marvellous glass of red, maybe a cheeky dessert and a coffee and a slow lumber home to think about, but probably not bother with, laundry.
So whenever we go to London, we get a craving for a good roast lunch. Rob had found a place called Blacklock that was relatively near to our hotel  – the Crowne Plaza London The City at Blackfriars – he had been looking for meals to take colleagues but spotted that they did a Sunday roast and suggested that we go. We actually didn’t go to their City branch, as it isn’t open at weekends so we skipped over to Soho and very luckily got a table – they hold a lot back for walk-ins and we overheard the hostess tell an unlucky couple that they were booked up until the end of March… it was February 3rd. Impressed. If you do decide to go, go early to make sure you snag one of those walk-in tables.
The place itself has a really cool vibe and welcomes all walks of life – there was an older couple, families with young babies and young student couples out with their parents. The food is family served in the centre of the table. So simple but so well executed, it’s the perfect combination. And the service is brilliant – all of the staff were really cool, and so nice and friendly to us. Chatty, helpful and quick. Just how we like it.
Let’s talk food. After having seen the mounds of food that were appearing on the tables either side of us, we didn’t order starters and went instead for the ‘All In’ option for two which including beef, lamb and pork with Yorkshire puddings, roast potatoes, roasted vegetables and broccoli, plus all accompanying sauces, and of course all possible sides: minted peas with shaved horseradish and baked cauliflower cheese. Plus lashings of gravy. Delicious. All of it. We washed it all down with a 500ml carafe of Malbec. I love a carafe option in a restaurant – we didn’t want a bottle, but more than a small glass – ideal. Afterwards, we somehow found space for the dessert of the day which was a family serve white chocolate cheesecake with homemade rhubarb compote. We shared one bowl – we could have had ten… it was that good. The pictures don’t even do the food justice, so you’ll just have to believe me that this place is worth a visit. Go now, go early and go all in.
Blacklock (Soho)
24 Great Windmill St,
London
W1D 7LG
theblacklock.com
Total
0
Shares
Share 0
Tweet 0
Pin it 0