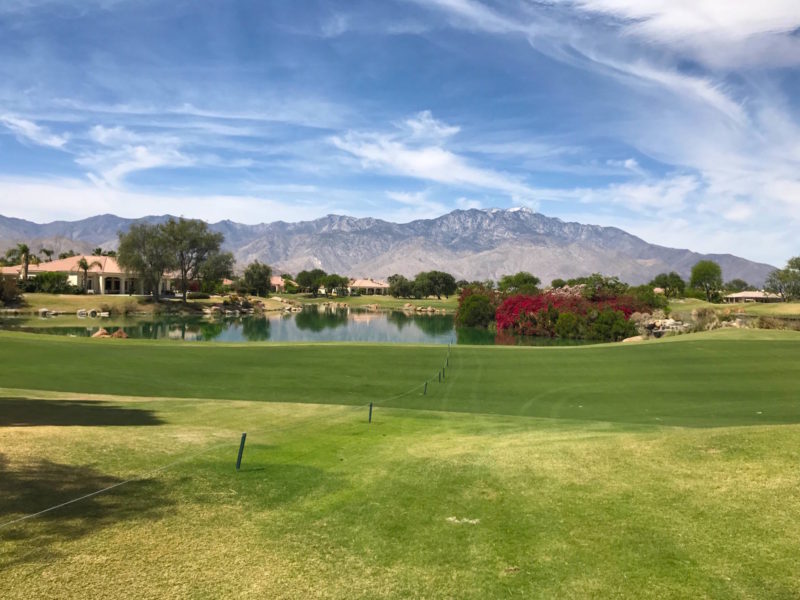 From the moment we arrived in Palm Springs, we felt a sense of calm. It was a very welcoming place after driving four hours through nothing from Vegas.

We arrived at the Westin Mission Hills Resort & Spa around lunchtime on the Friday of the first weekend of Coachella and spent some time faffing around checking in, shopping for some basics, having lunch at the pool bar, changing rooms (!!) and working out what to wear (we were so well prepared… not!) 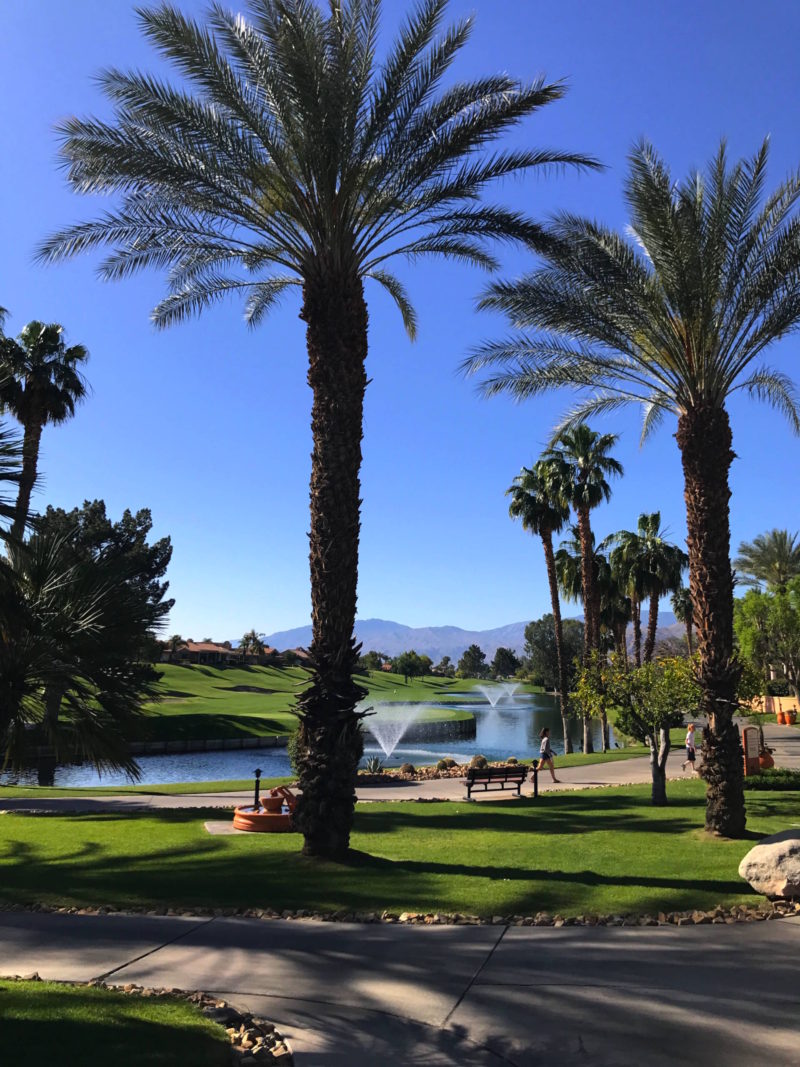 We finally made our way to Coachella in the evening (full Coachella blog coming!) and we got back to the hotel early enough for a normal sleep. The next morning we woke up and headed to breakfast, where American portions ruled and eyes were definitely bigger than stomachs, before heading to work out. Rob hit the gym and I went for a power walk around the resort to get a little sun, catch up on some podcasts and see what the place had to offer. Then, of course, we got ready and headed back to Coachella for Day 2. 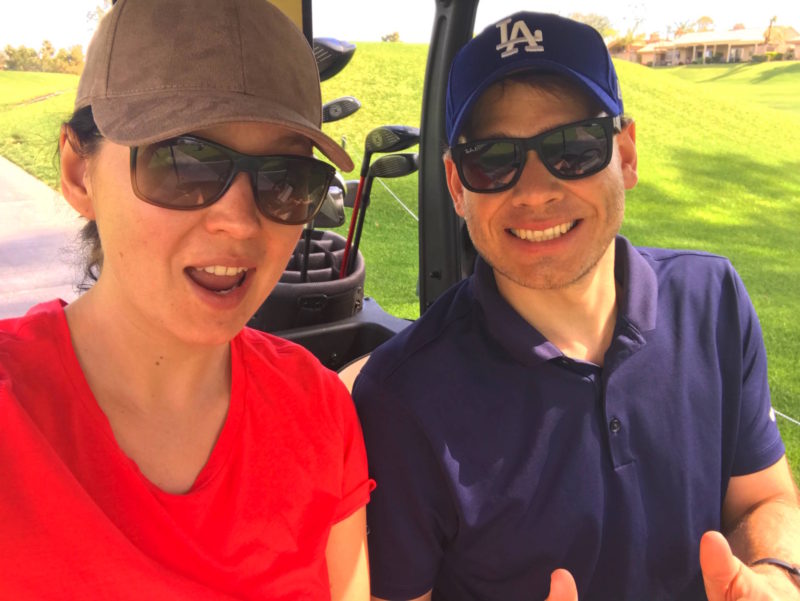 On Sunday, we were up very early to hit the golf course for a tee time of 7.10am. Crazy for festival goers, right? We know. But it was great to do something so typically Palm Springs that didn’t involve music or drinking. I kept Rob company in the cart and drove it around. I’m not good with golf knowledge or play, but I’m happy enough to get out in the early morning sun. We were playing with a lovely couple from Canada who were pleasant to chat to and gave us a few tips on the area. 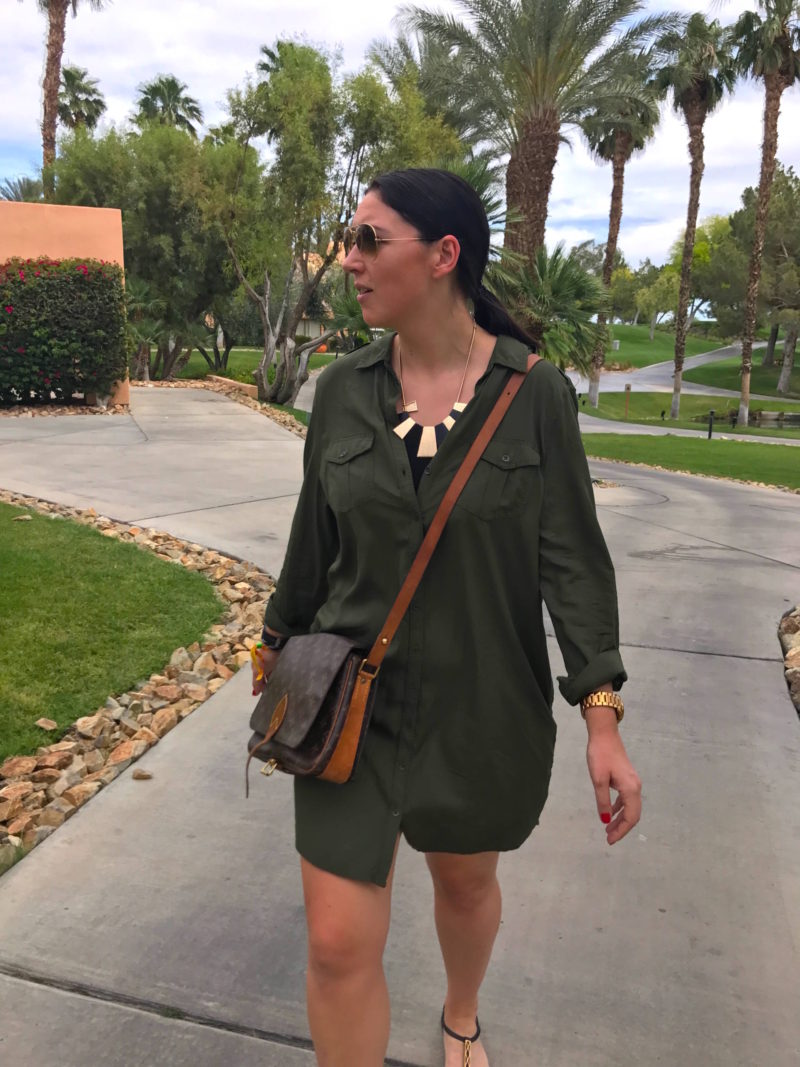 After golf, I popped to the salon to get my nails refreshed and headed back for a quick catnap before once again hitting up Coachella for the third and final day. As we were sitting on the balcony with a drink before we left, I casually suggested to Rob that we stay another day rather than rushing back to LA in post-Coachella/ Easter Weekend traffic and he jumped at the idea. We went to reception on out way out, added another night and booked in for another morning of golf on the resort’s other course the next day. Sorted. 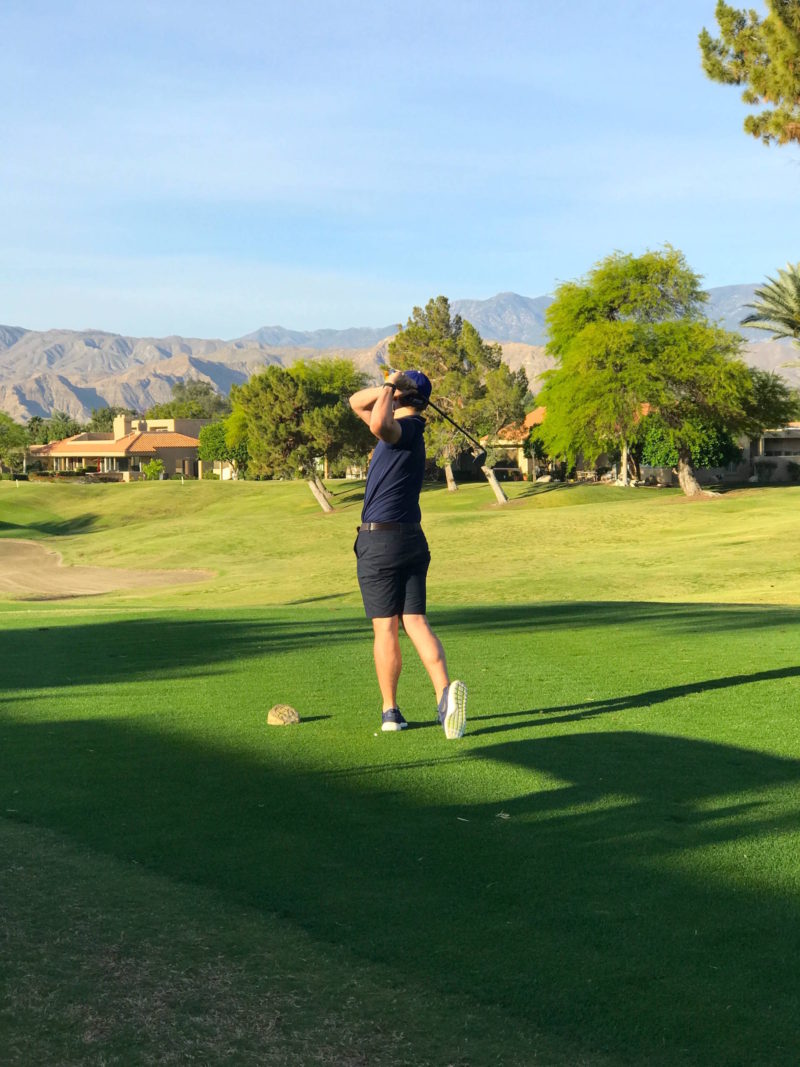 Monday’s tee time was a more sociable 9.10am. We had to drive around the corner from our resort for the course, a Gary Player, and this time we played with a couple from Germany who seemingly travel the world playing golf. Nice life. This course was longer and I did start to get bored if I’m honest, but it wasn’t long before we were able to get back to the room to get ready to go out and head downtown for lunch. 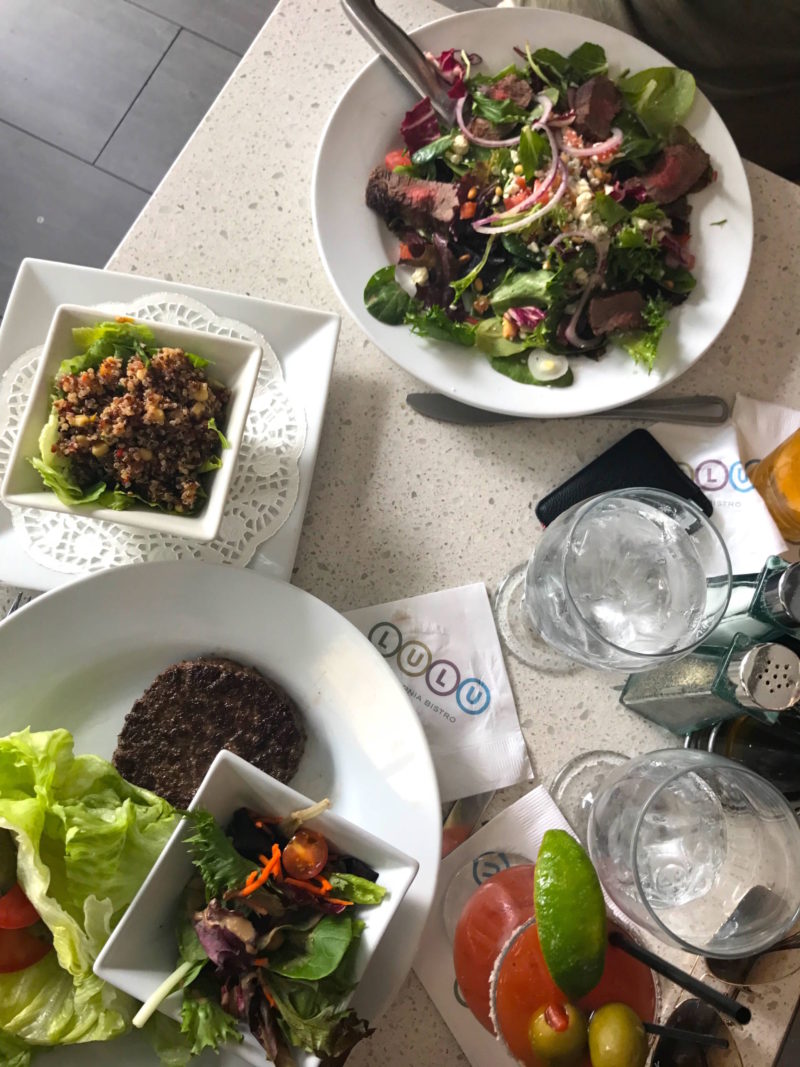 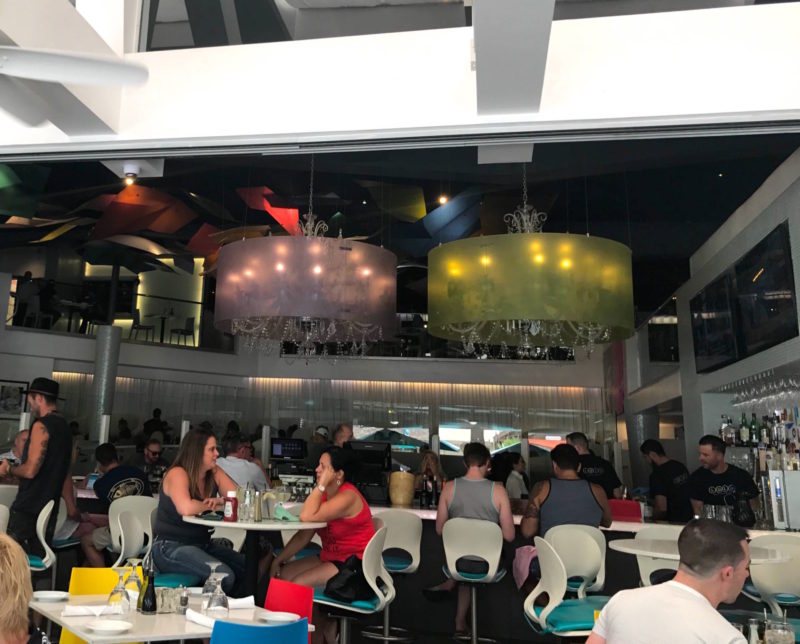 We chose Lulu’s California Kitchen after a couple of recommendations. We split a tuna tartare and avocado tower, which was amazing, then I had a low carb Kobe Beef burger and Rob opted for the steak salad. We shared a key lime pie for dessert. The food was fine, but I wasn’t blown away if I’m totally honest. 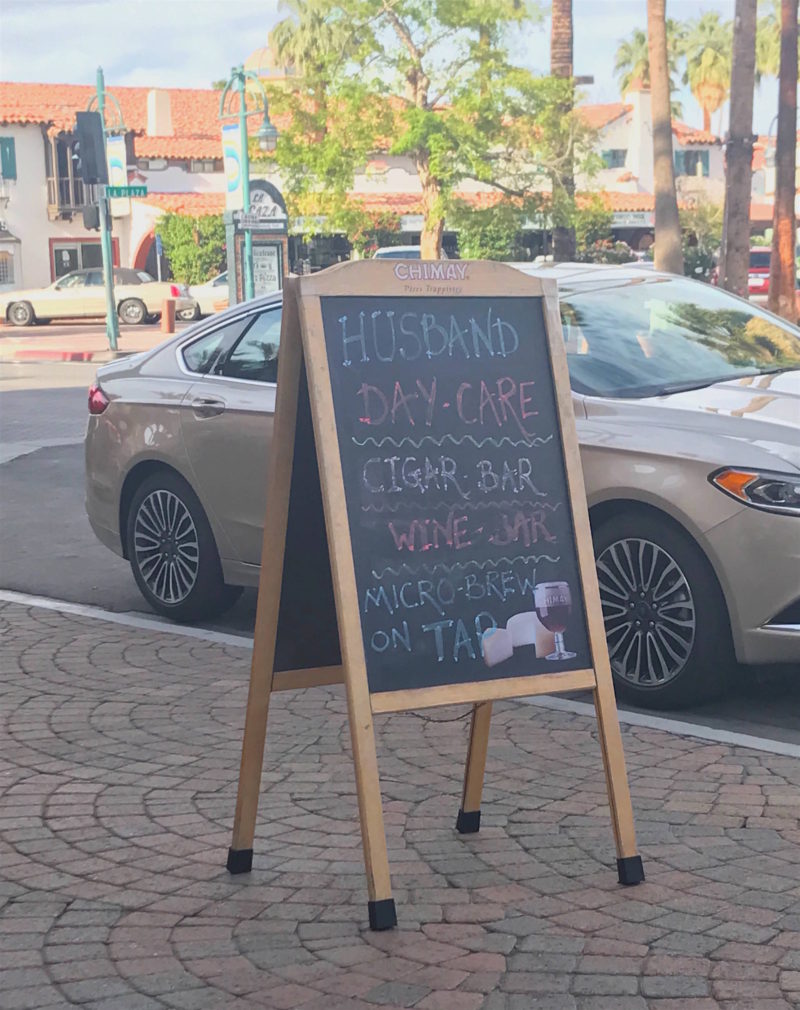 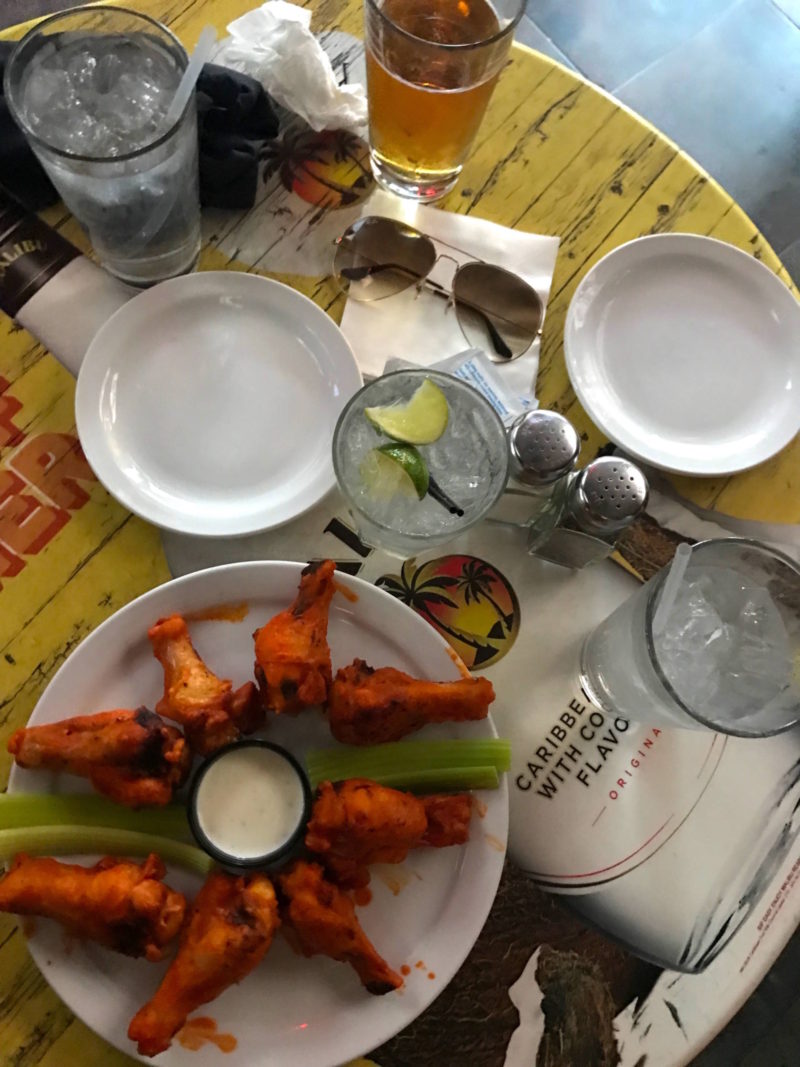 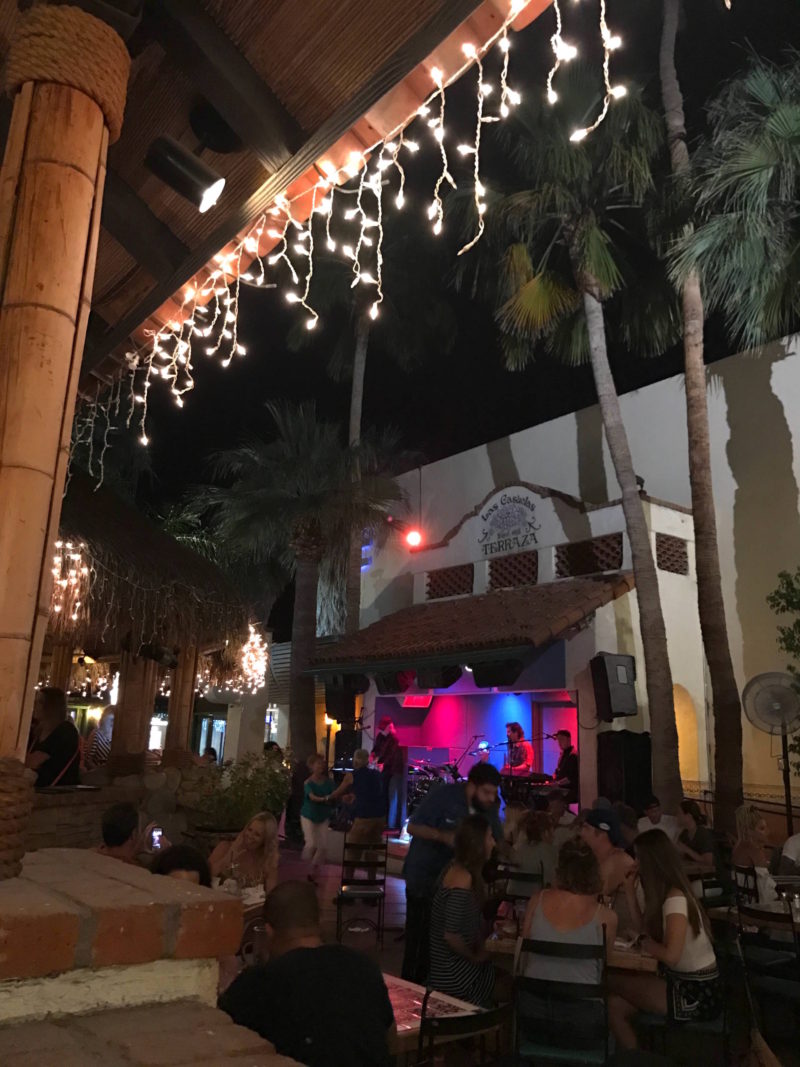 We then spent the afternoon hiding from the sun (it was HOT) in various drinking establishments up and down the strip before dinner at Las Casuelas Terrace restaurant for some good old American-Mexican food. After a couple too many margaritas, we again crashed pretty early. The next morning we were up and packed and headed to the airport by 9.30am. I was beyond gutted to be leaving and was already plotting our next trip to Palm Springs because I wanted more! 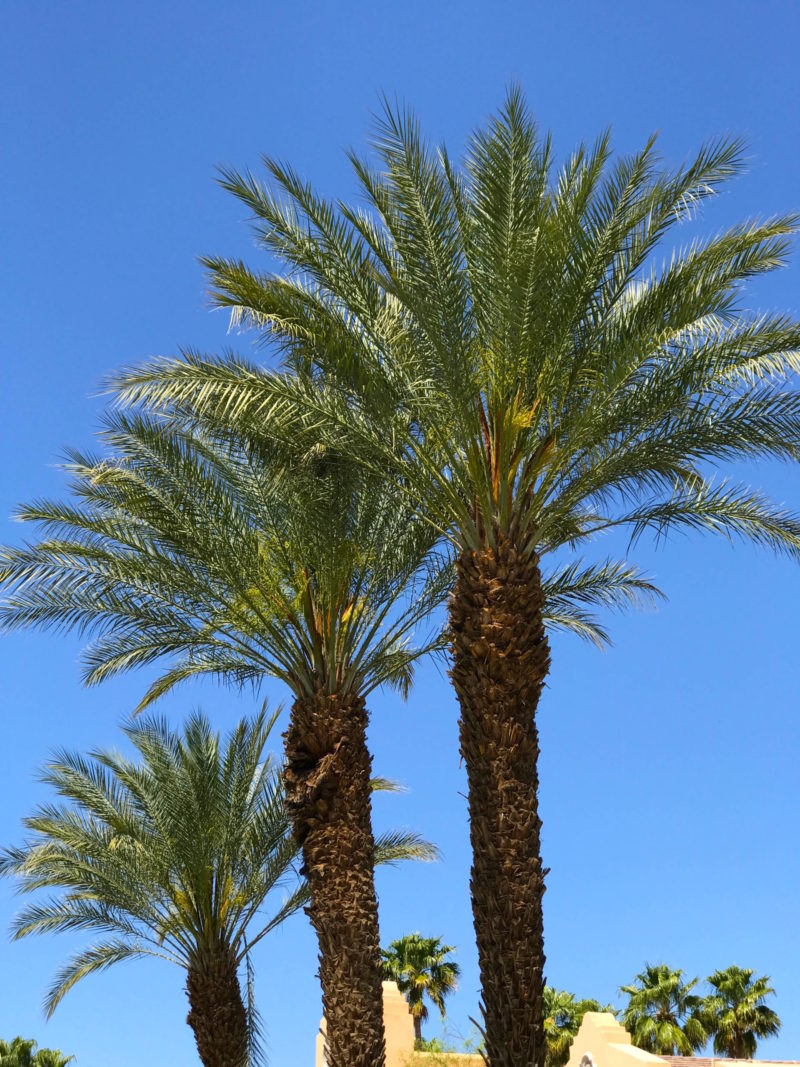 In summary, we were really surprised by Palm Springs. I always say that you know you like a place when you start looking at property in the area. I liked the place. The golf was great. I love being surrounded by palm trees. Downtown Palm Springs was fun. The food was pretty good and I liked the resort although I’d probably be just as happy in a rental villa or Airbnb with a grill and a pool. In fact, I’m definitely hoping to do that next year – cos we have to go back for Beyonce, right?!