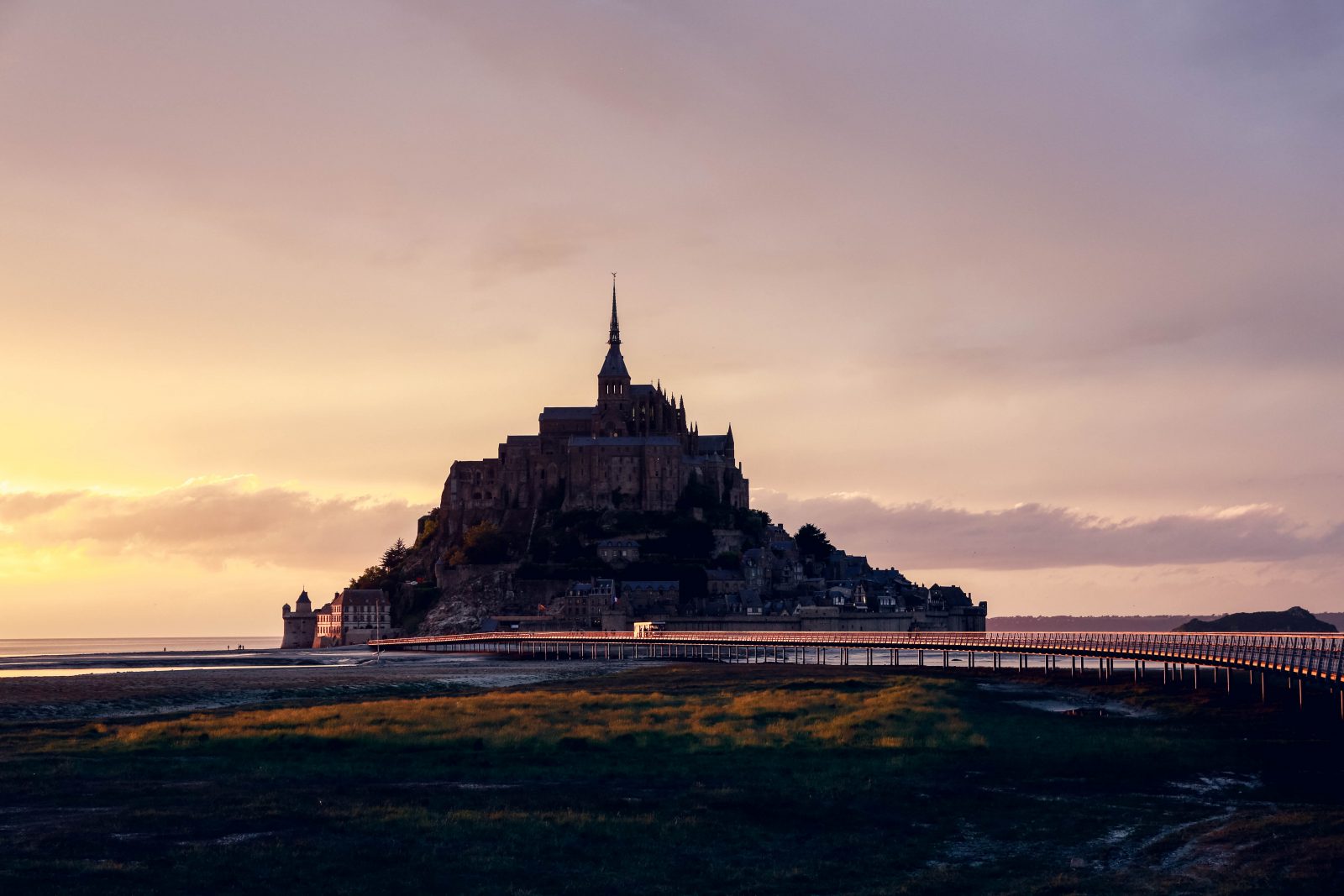 This year for my birthday, Rob and decided to take a few days out and catch the ferry over to France to explore the area nearest to Guernsey – Brittany. But first, we decided to spend a night at Mont Saint Michel. We figured it was one of those bucket list things that we would do once and we may as well go the whole hog and book a hotel on the island itself, which turned out to not be the best idea in the world, but you live and learn…

It was about a 40 minute drive from St Malo port to Mont Saint Michel and we arrived to a bit of confusion of how to get into the car park, but once we worked out which car park we were trying to get into then it all became pretty easy to deal with. You park your car in car park 3 (for all of you who were reading this whilst sitting outside the wrong car park… thank me and google later!) and jump on the shuttle to the island. They drop you a good distance from the gates of the walled city. I had read that you shouldn’t take everything if you can help it because you do have to carry your stuff a fair way before you get to your room.

Our hotel was La Mere Poulard, the first one just inside the gates, but we were informed at the reception that the room was not ready and that we would need to wait to come back in a couple of hours, so we dropped our bags with the receptionist and went for a wander around the town. We found a nice terrace with a cider and split a nicoise salad, which as it turned out was the best meal of the 24hrs. But more on that later. After lunch, we spent the afternoon wandering around and taking photos before checking into our room. 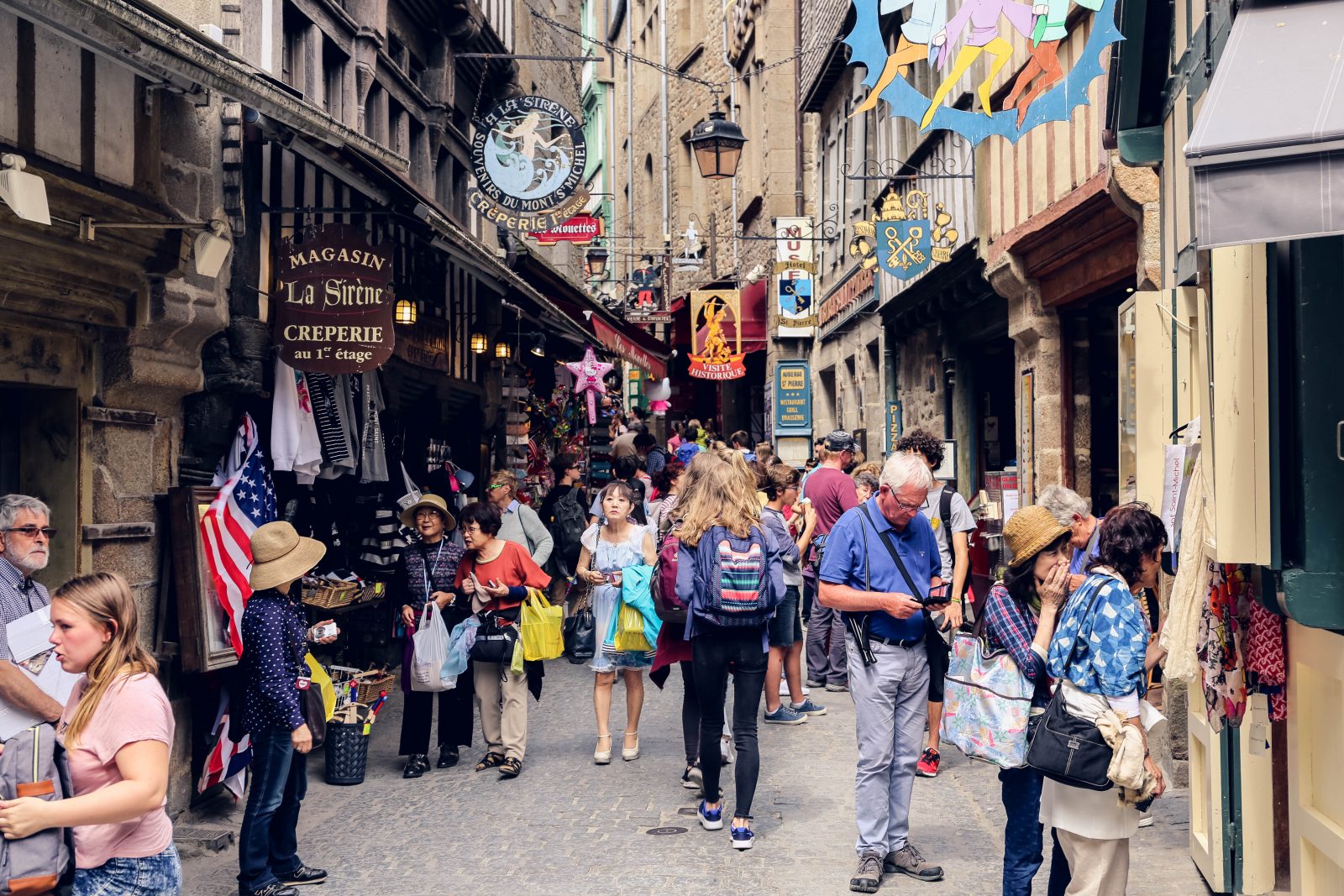 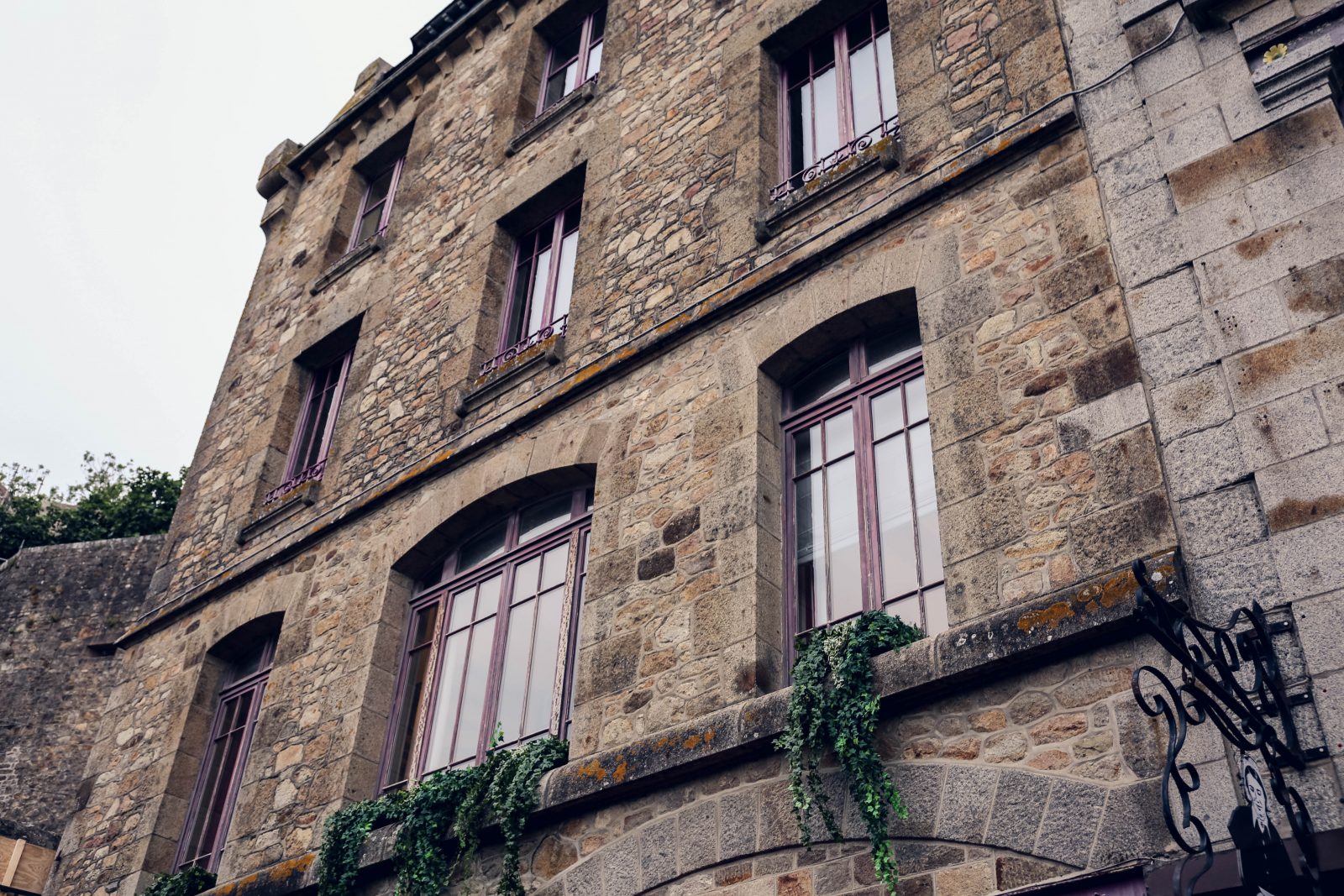 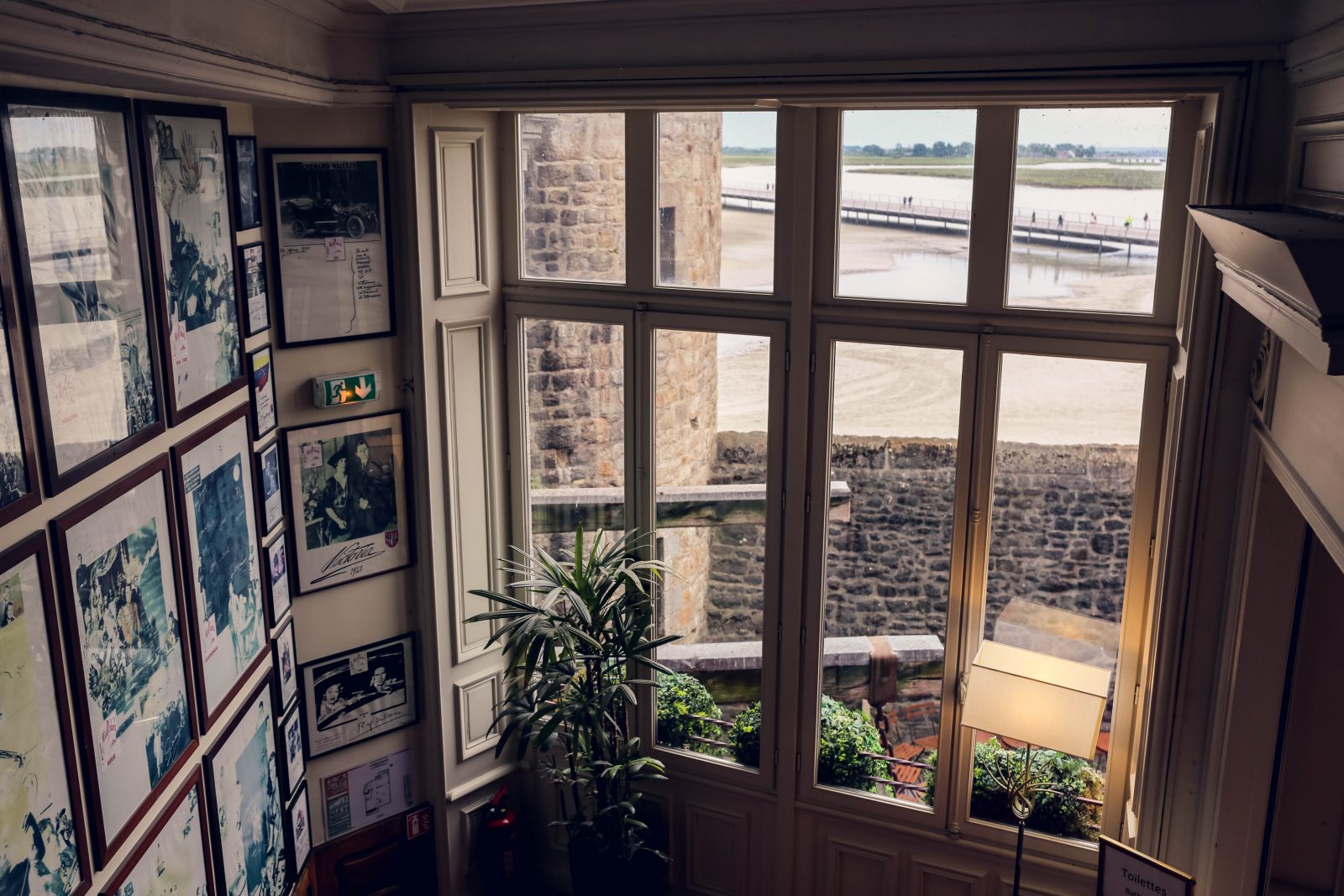 Our room was clean and simple with lovely views.

We were aware that we were paying for the location and not the hotel quality or service. But we were ok with that. The hotel is filled with hundreds of photos of famous people who have stayed. From Hollywood actresses in the 50s to Ernest Hemingway to Sarkozy and all in between. We spent a couple of hours catching up on work with the limited wifi. In the end we both hooked up to Rob’s personal hotspot to get anything done. 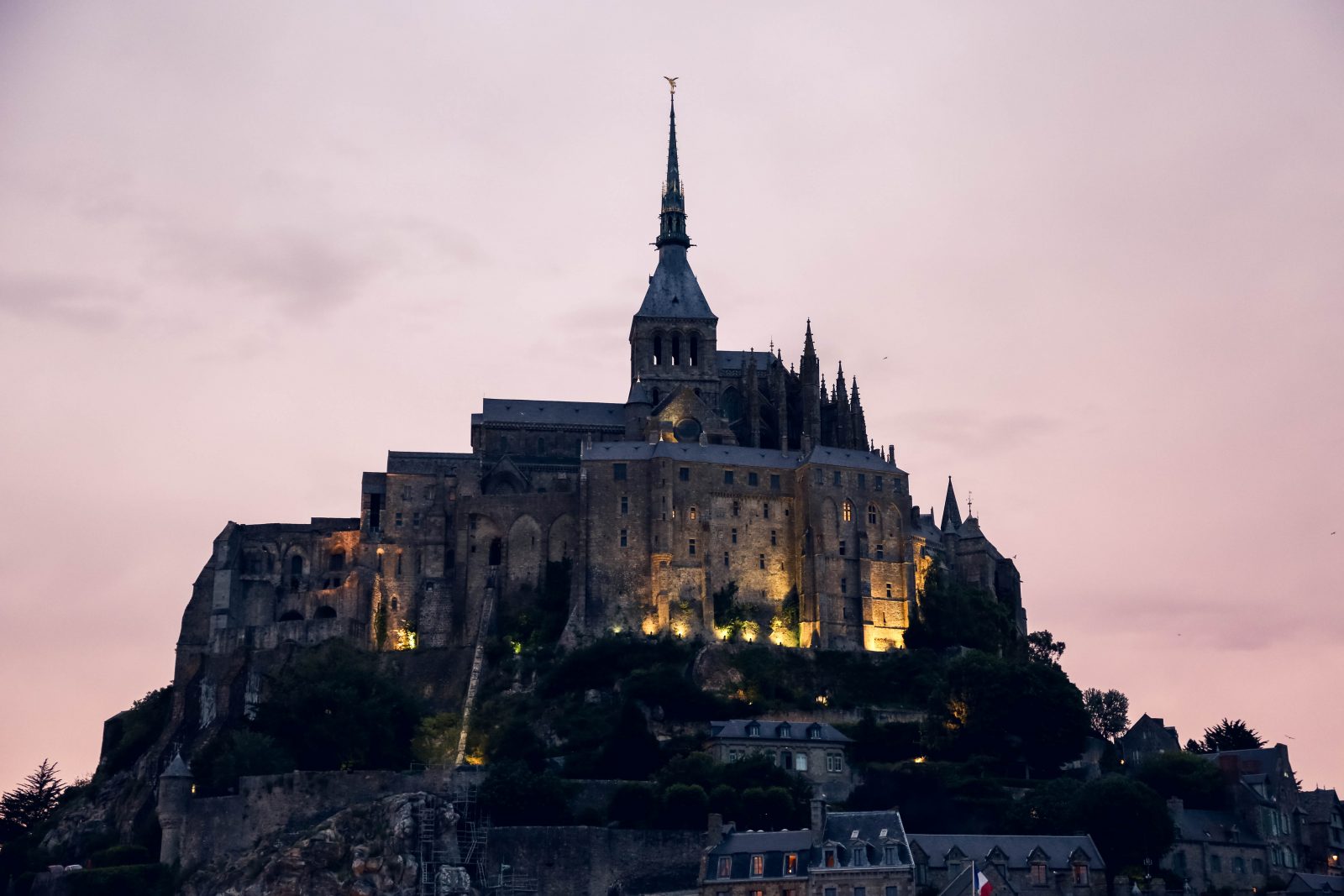 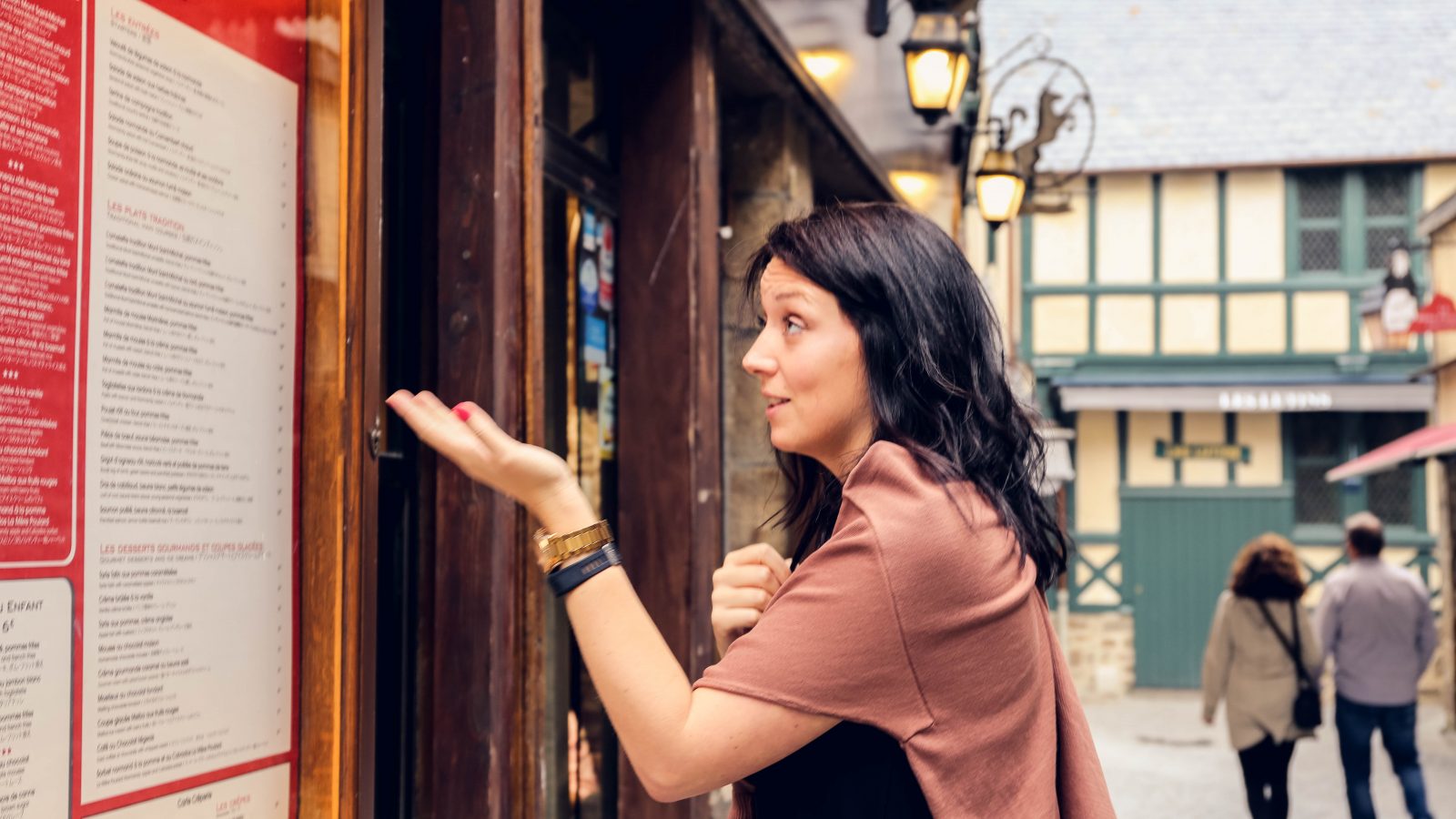 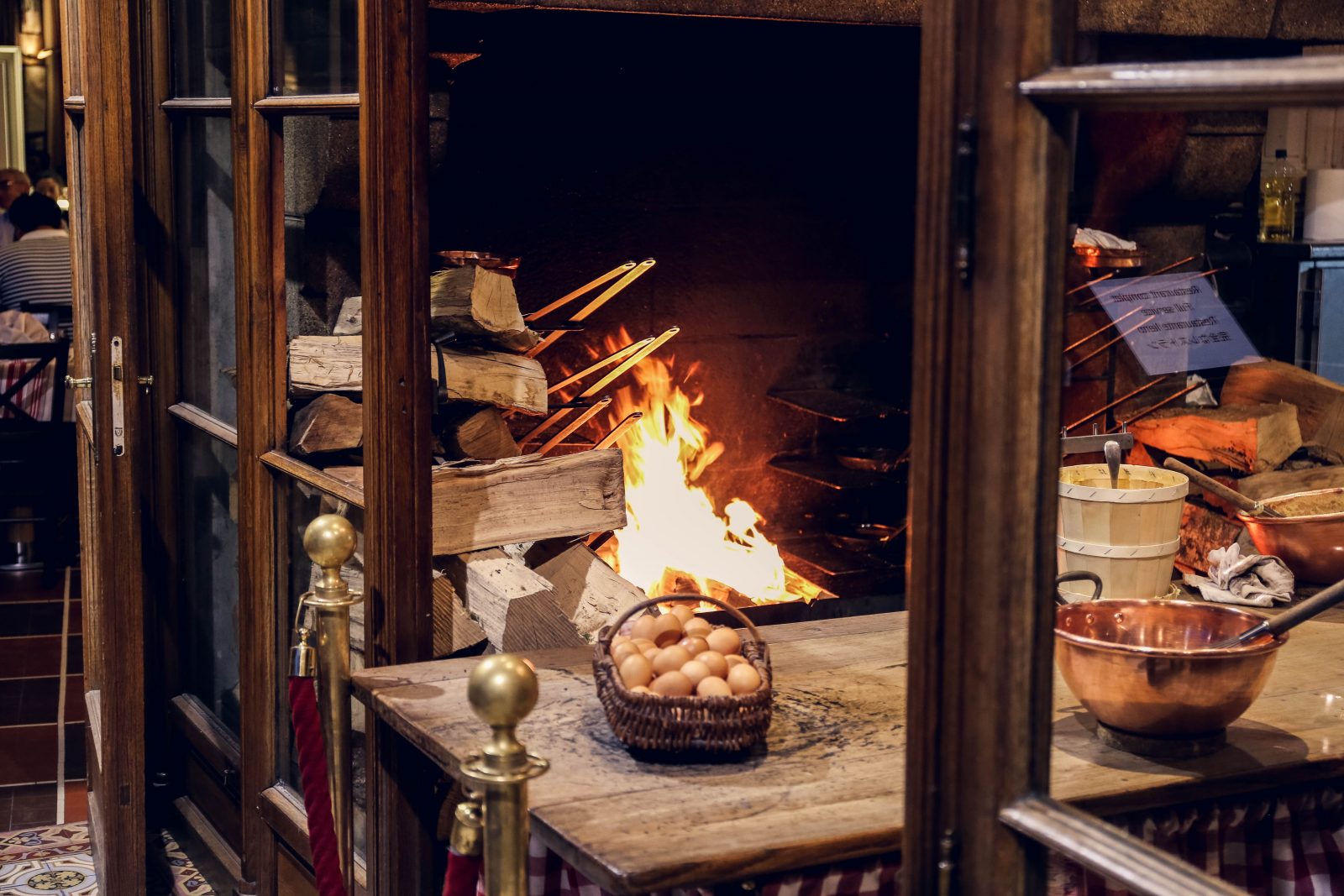 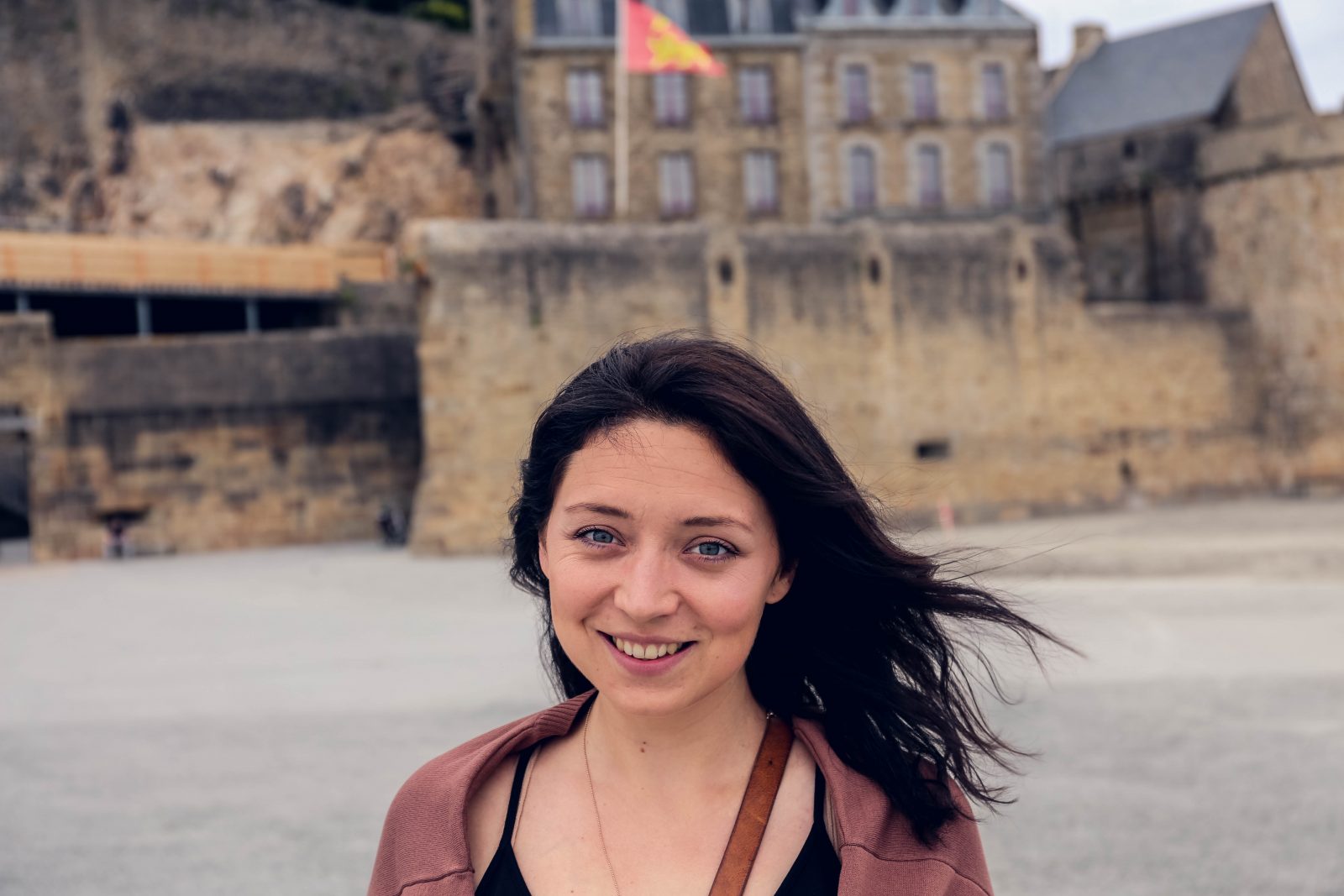 For dinner, we headed down to the hotel restaurant to be told that they were fully booked and couldn’t take more. (It was completely empty at this point and it was almost 8pm…). So we then had to walk around and find somewhere else to eat. We knew that it wasn’t going to be good. So we went for a simple 24€ menu at the sister restaurant next door. It was ok – maybe a 4/10 actually, so not that ok. But we finished up quickly, paid and went to take some stunning sunset photos out on the road facing the abbey.

It was an impressive sunset, so much so that we decided to get an early night so that we could get up the next day and take photos at sunrise too. Which again was just as well as stopped in the hotel whisky bar on the way back to our room but it was closed. 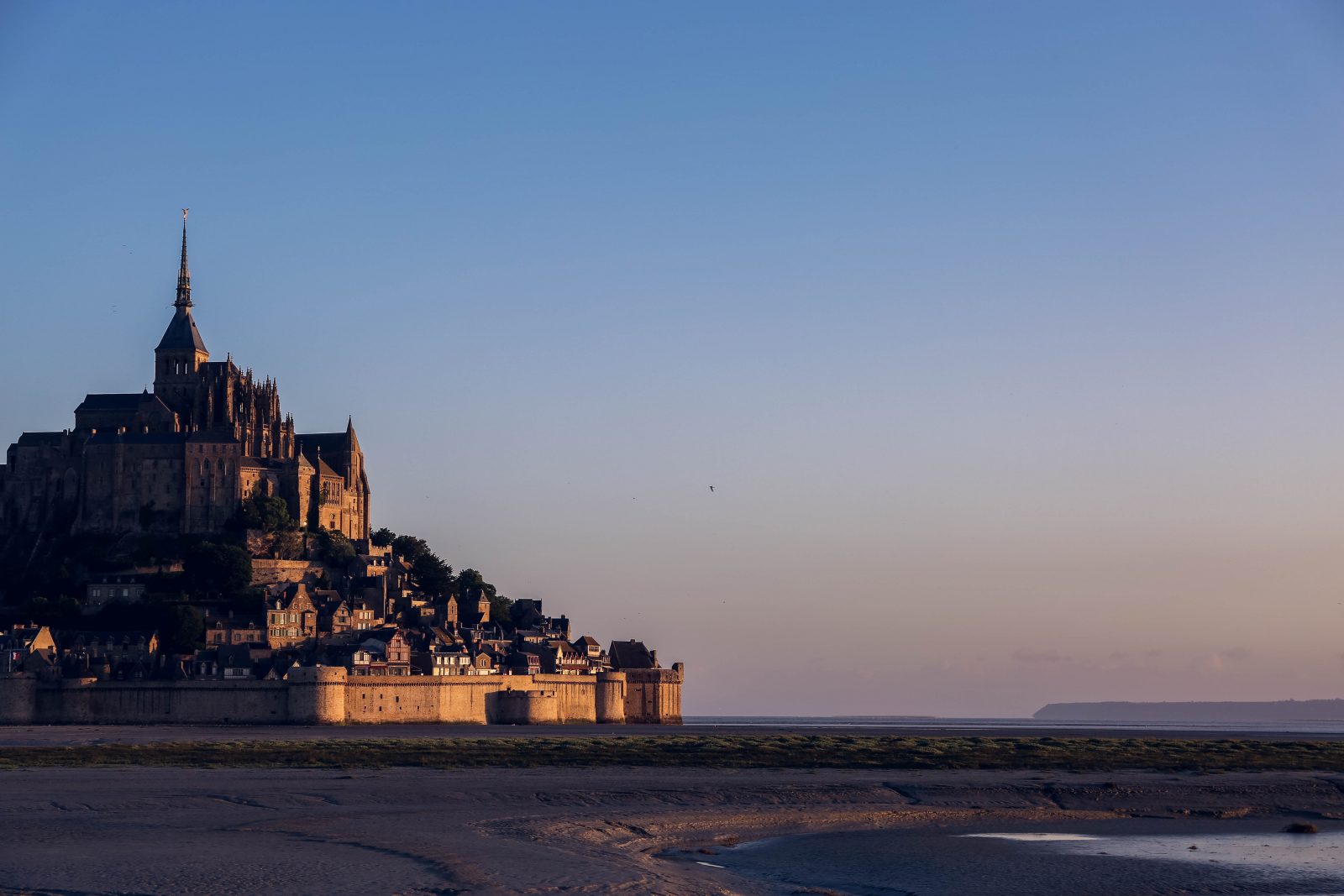 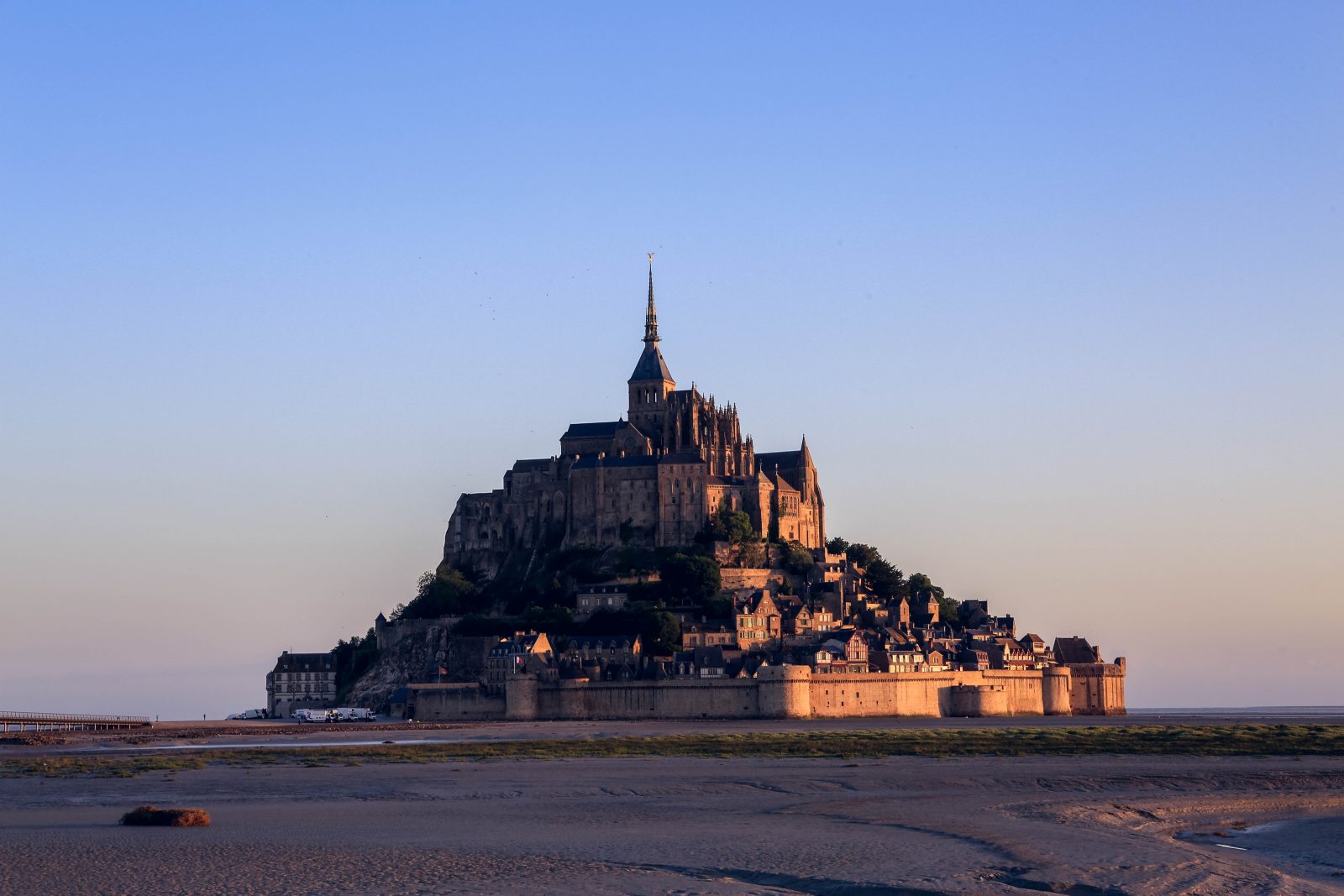 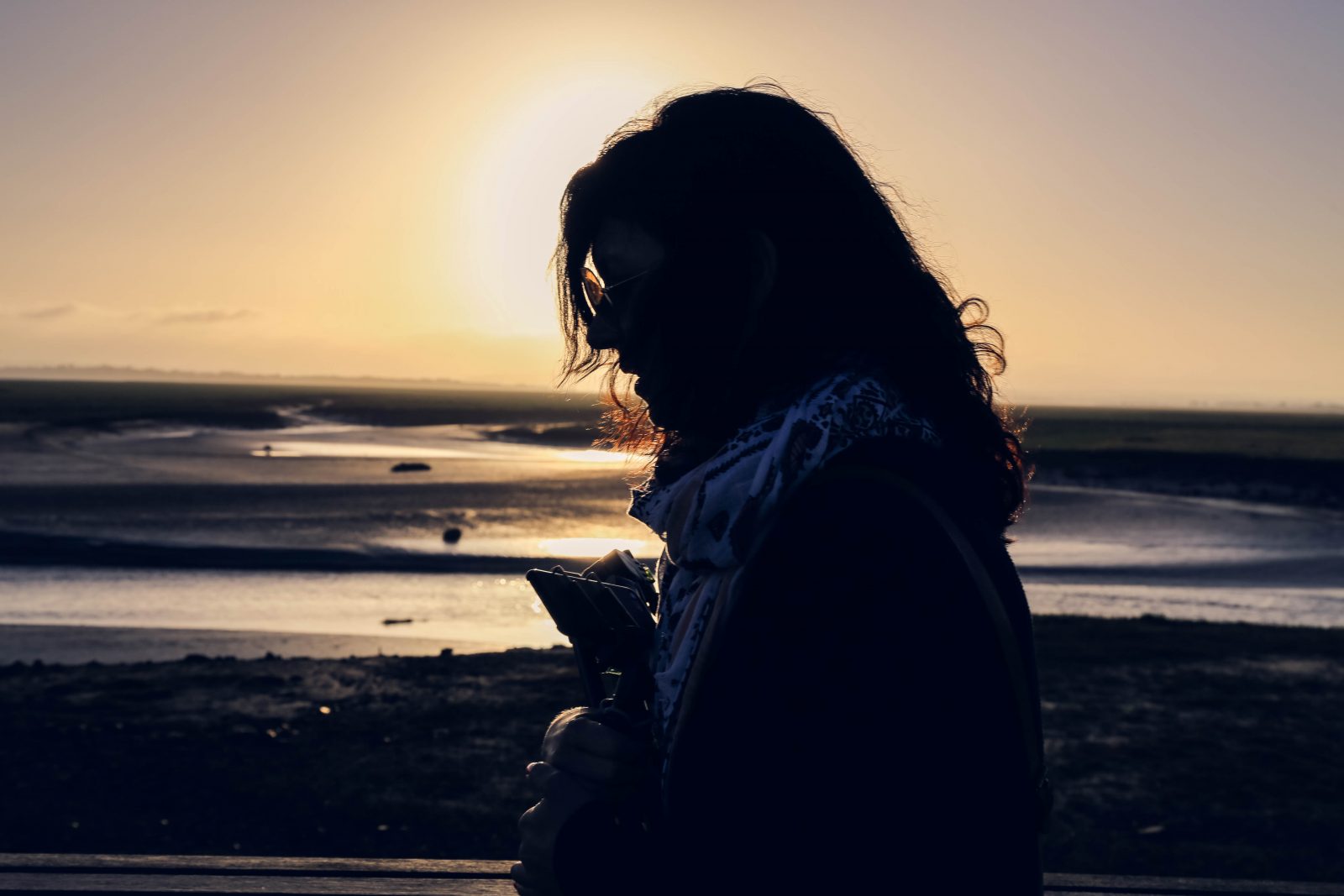 The next morning was so worth the 5am wakeup call.

We really enjoyed trekking out and taking pictures. We aren’t brilliant photographers, but we are learning to play with my Canon 5D. After our little photo shoot, we grabbed a coffee, did a little work, had a quick nap. And a shower before heading up to tour the Abbey before the hoards of tourists came in. There was barely a line, despite a couple of school groups being around at the entrance. We paid our 10euros and headed on in pretty quickly. Rob isn’t one for history so I handed him the camera whilst I wandered around looking at the building and read a few plaques. It was a pretty place with nice views. 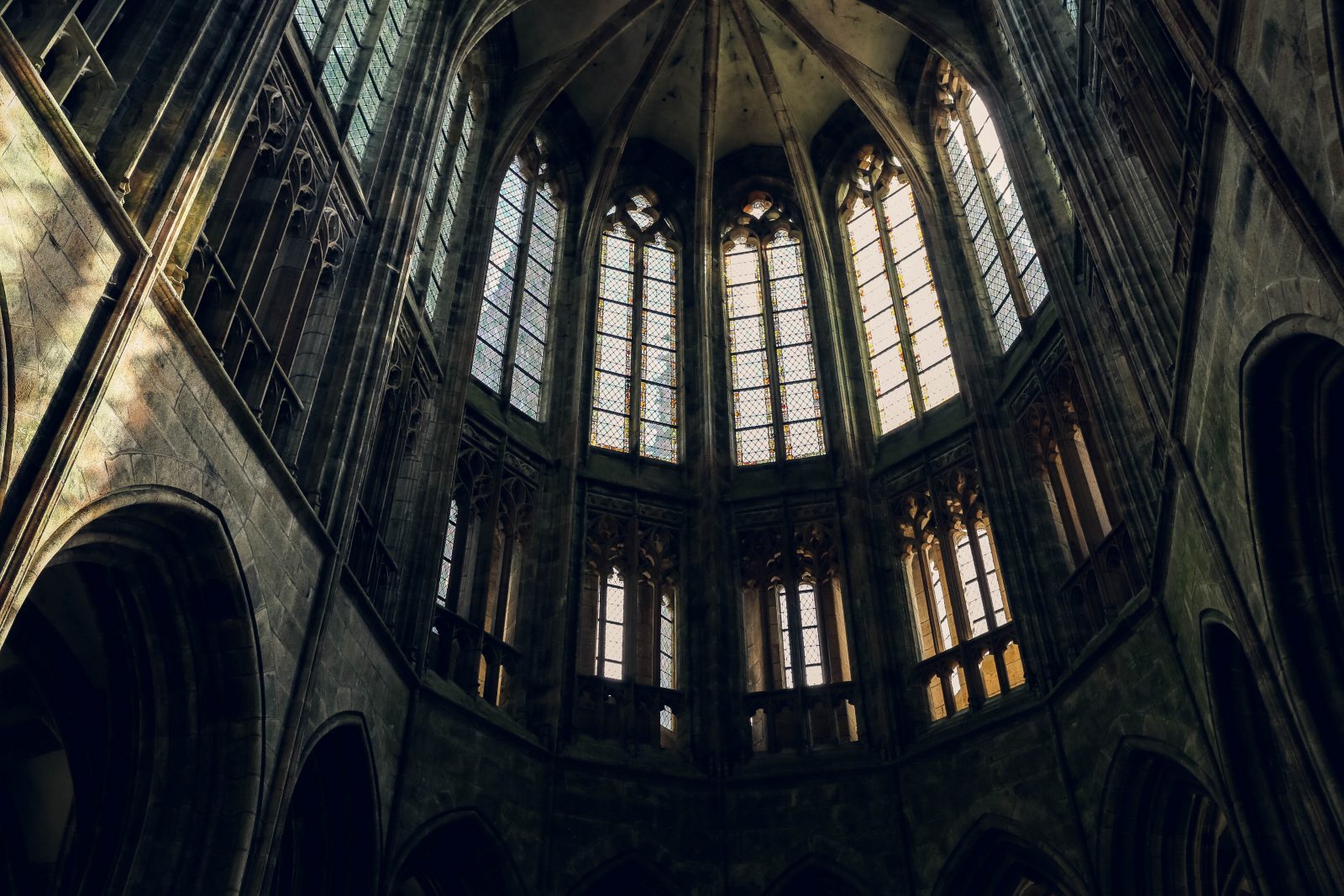 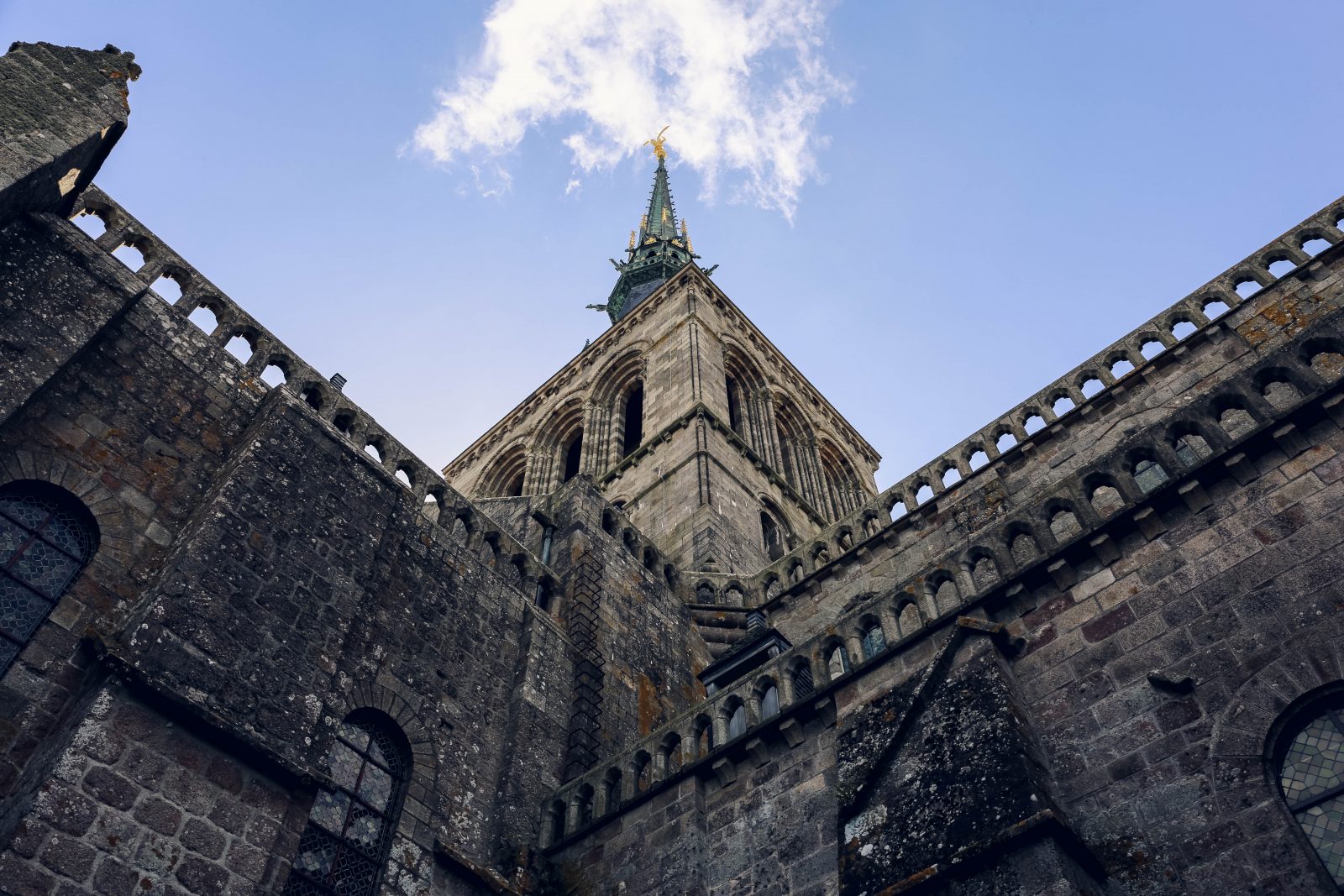 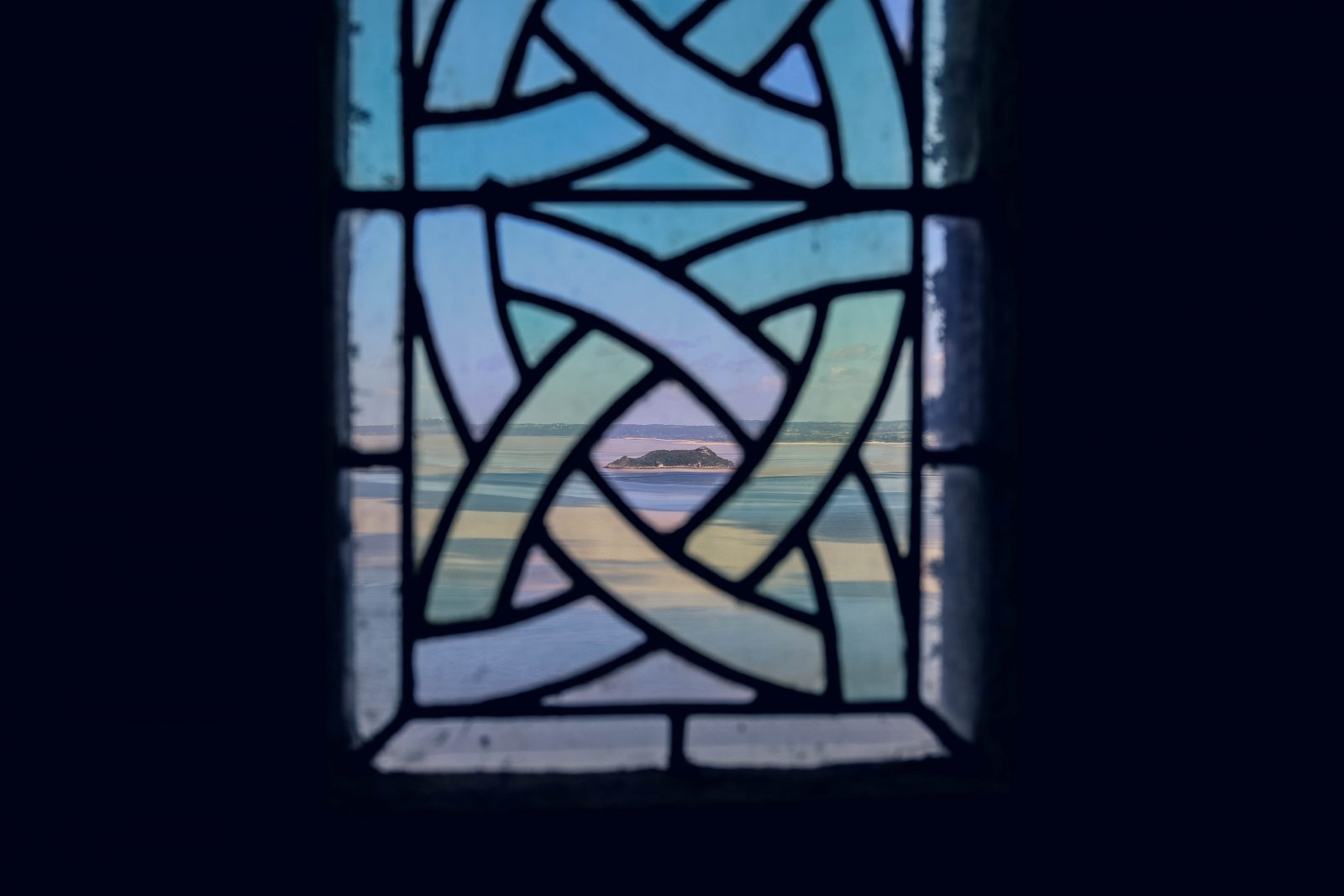 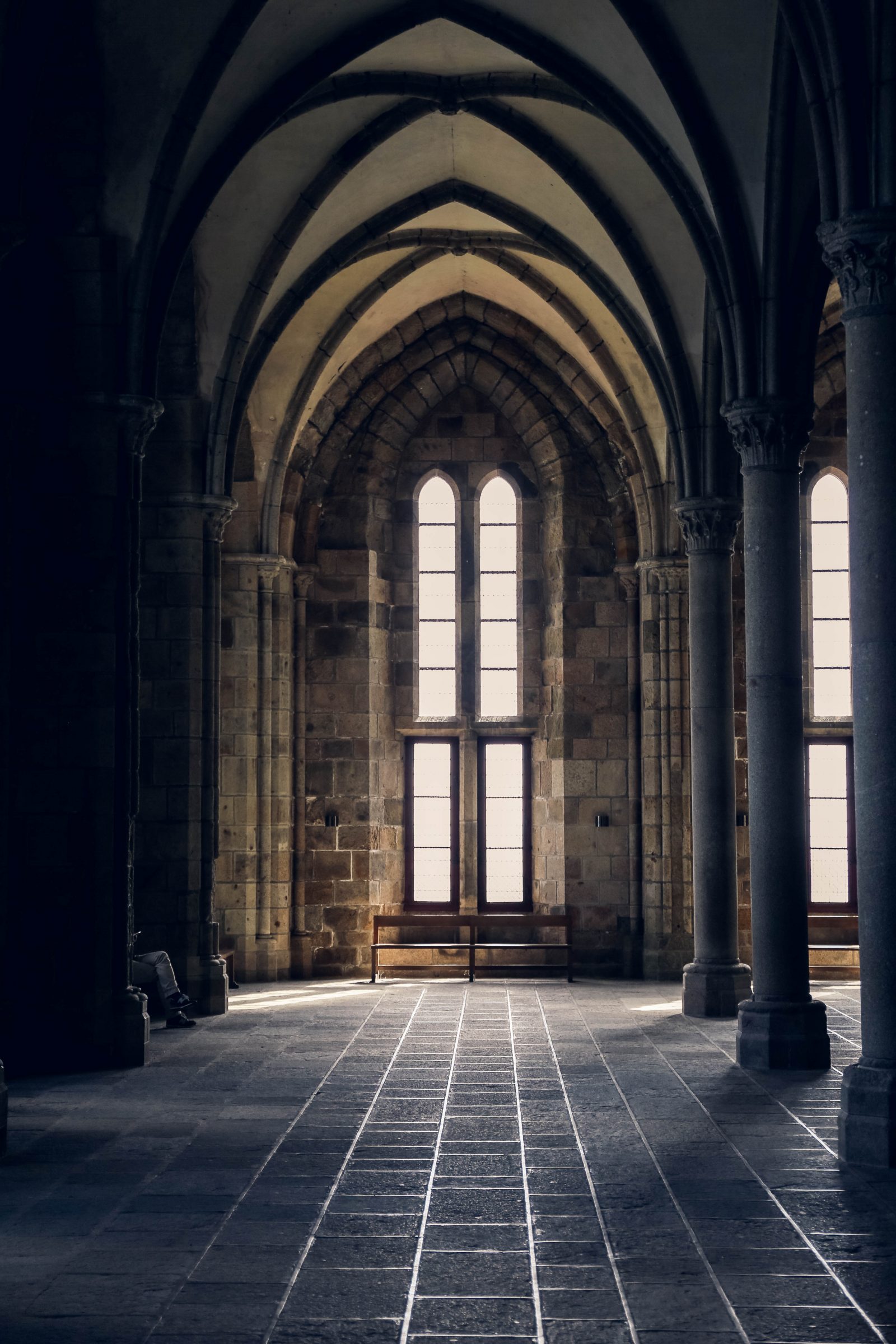 Afterwards, we ran back to our hotel, checked out and headed back to the car, coffee in hand. We decided to skip breakfast, given the quality of the food within the city. We instead ate some nuts in the car and waited for lunch. Which we quickly headed to back in nearby Brittany. More on that to come in another blog soon. 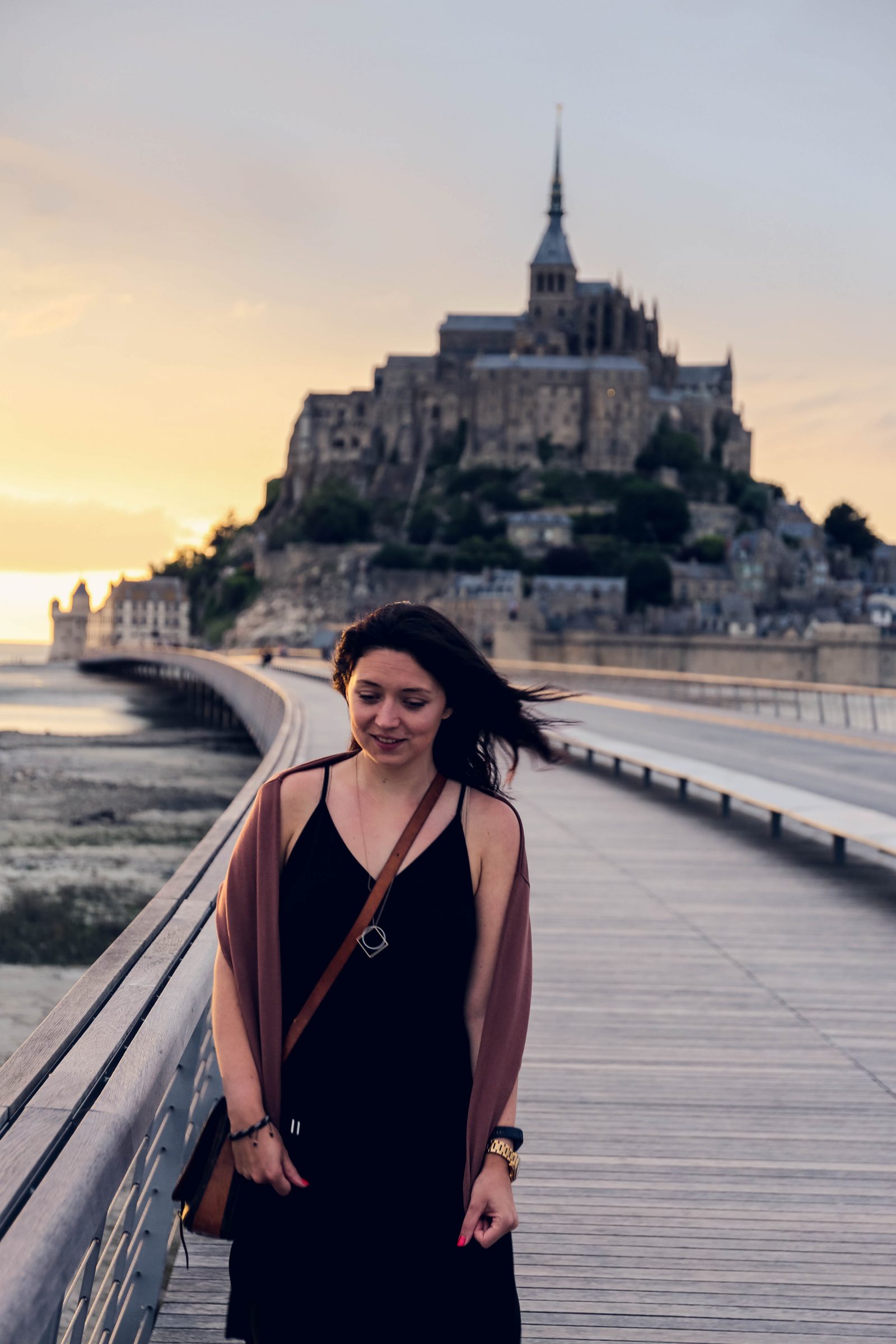 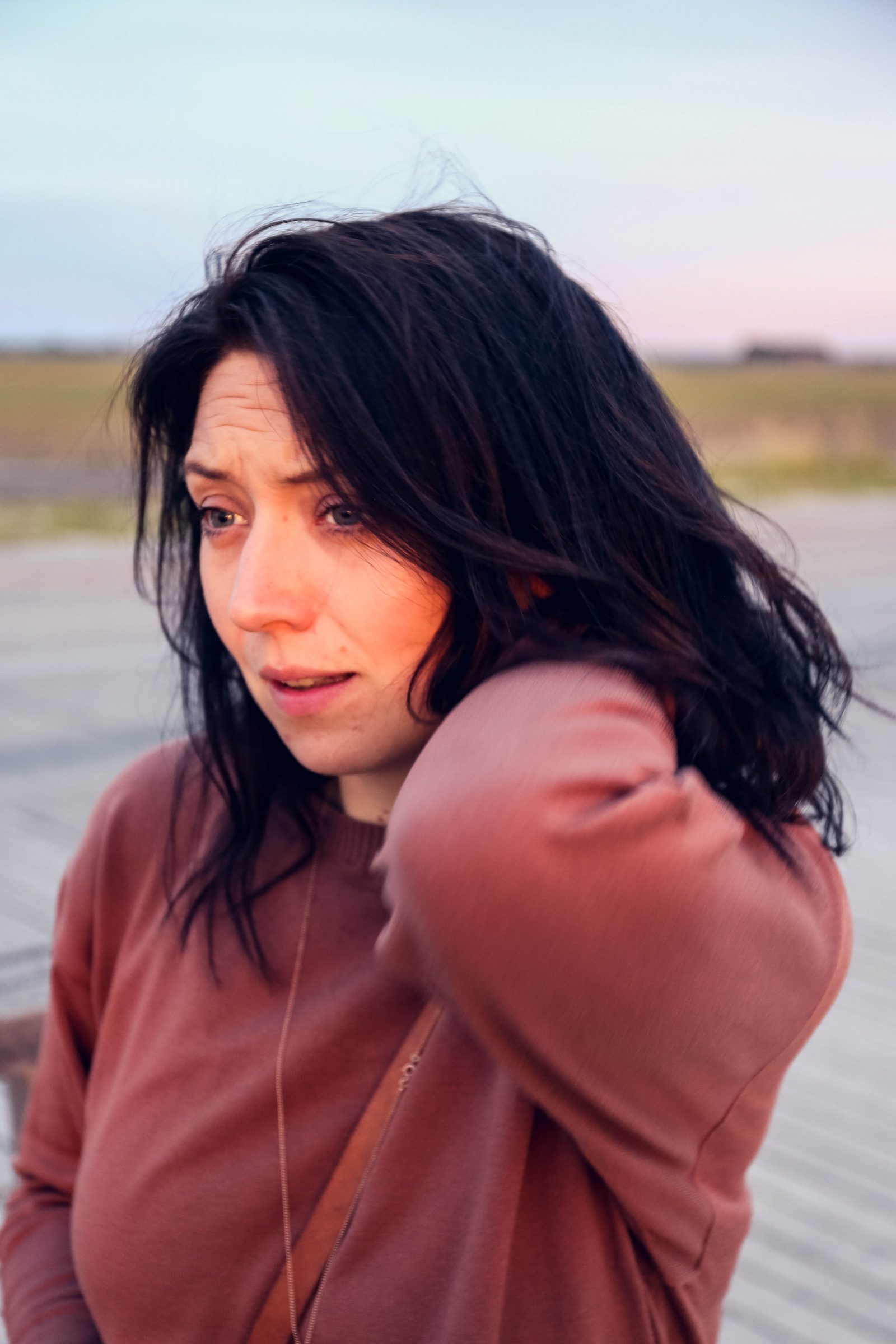 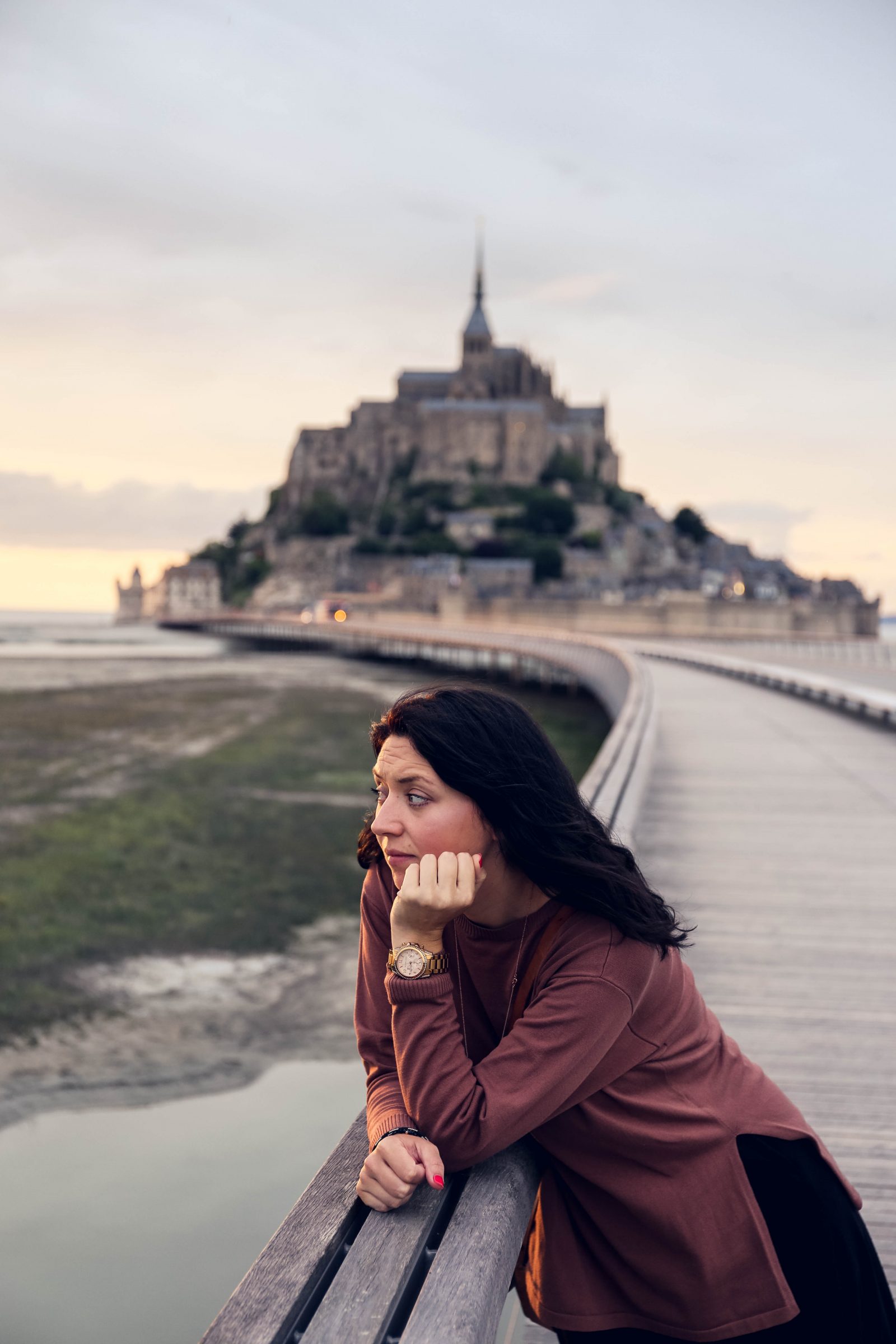 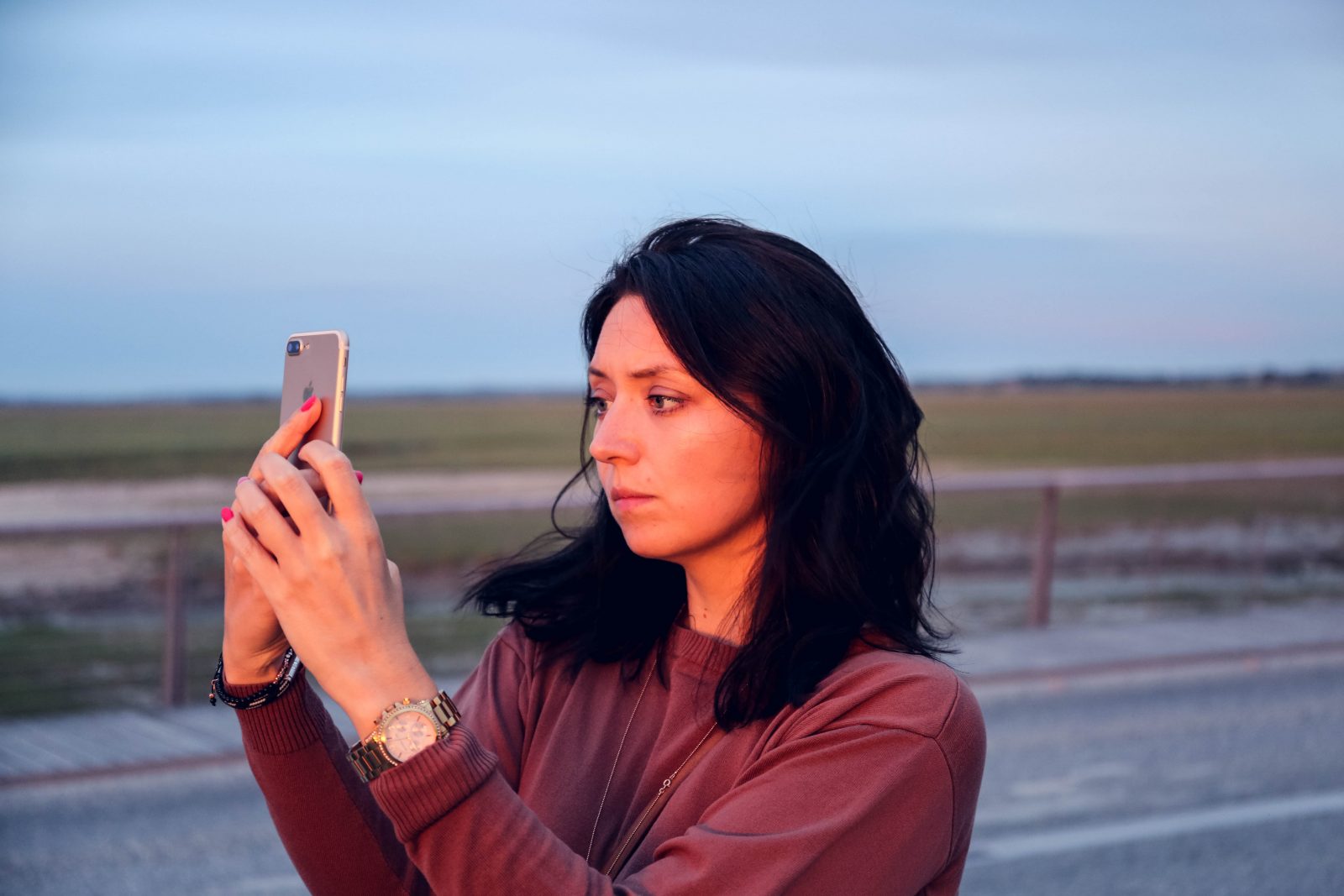 Would I recommend Mont Saint Michel? Probably not. Am I glad I went? Yes, I guess so because it was once in a lifetime thing. Would I go back? No. It’s such a shame. If they improved the rooms, the service and the food, they could charge double. And up all of their positive reviews and make it an amazing place to visit. Because it’s a stunning place. But it was so busy anyway, they probably don’t feel the need to. Shame I guess.

Have you been to Mont Saint Michel?