We learnt pretty early on that the best restaurants in Menorca were inland and away from the tourist-centric harbours and beach fronts. On day one we were lucky enough to find Es Forn Torre Soli Nou and were so impressed that we did a bit of investigating for similar places. One that kept coming up was Meson El Gallo in Ferreries, so on a Saturday night, after wandering around the old town of Mahon and investing in the obligatory avarcas menorquinas (traditional Menorcan shoes), we decided to hot-foot it out of the city and head into the hills for a meal with a difference. 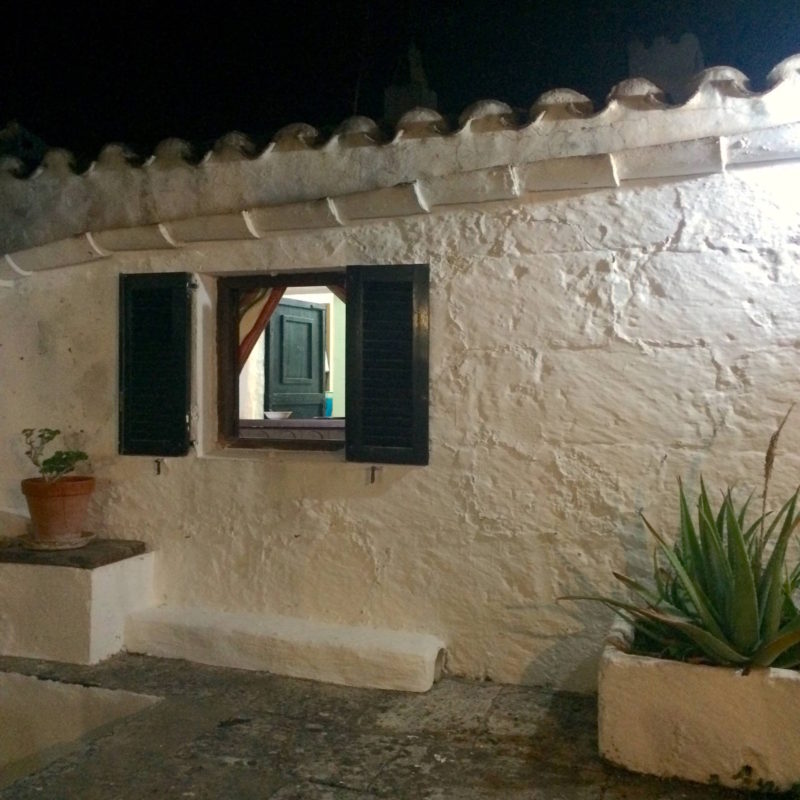 And as we sat sipping our wine on a quiet terrace, we praised ourselves for making such a good call. Meson El Gallo is situated on the outskirts of the town of Ferreries, where we had spent the evening before meandering the local tapas bars. The car park wasn’t too full when we pulled in at around 9.30pm. Opposite an equestrian centre all lit up with flags, you can’t miss it. We were late for tourists but pretty early by local standards. Most of the reserved tables arrived after us. There were a few tables of regulars and a couple of well-researched tourists. We sat at a simple plastic table in a pretty courtyard and were welcomed by a very friendly man, who we presumed to be the owner as his pride for the food shone whenever we asked any questions about the food. To start, we shared a tortilla espanola and a house salad. This was followed by quite possibly the best steak that I have had in my life. No fancy sauces necessary, we simply ordered the grilled solomillo medium-rare. This was accompanied by some simple vegetables and fresh, homemade fries, grown and picked on site and prepared the same way for 42years as the owner told me proudly with a grin. I was sold before he even put the plate in front of me, so much so that I kept one eye on the kitchen in anticipation of it arriving. The meat was melt in your mouth amazing. Some parts were way more on the rare side than medium, which was actually a blessing. I would have happily eaten it raw, it was so tender. But then I would have missed out on the crisp, grilled edges that gave it such great flavour. We drank the local Binifadet Merluzo red, which was the perfect accompaniment. 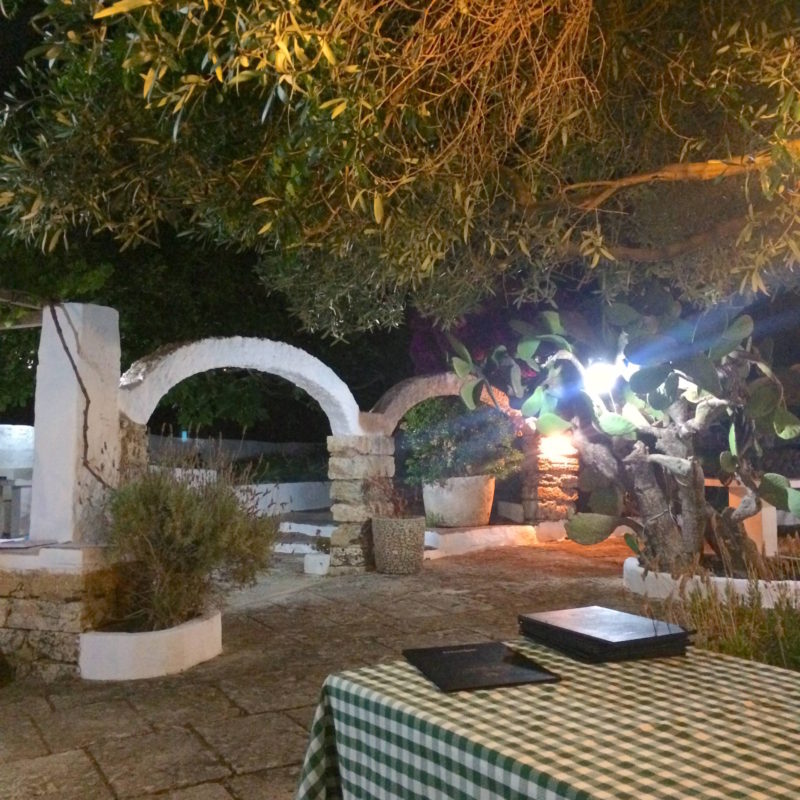 After our amazing first two courses, they were sadly out of the house dessert speciality – abuela (Grandma’s special), so the owner recommended a baked alaska. It seemed a bit odd, but given the standard of the previous courses, we ordered one with two spoons. It’s a good job we did as well, as it was pretty large and hit us like rocket fuel. The bottom layer of sponge seemed to be drenched in so much alcohol – and that was before they poured even more over the soft, marshmallowey meringue topping and set it alight! It was very nice, I have to say, but so strong that Rob had to back off as he was driving!
Over a couple of coffees, we mused at how great a meal it had been and vowed to bookmark it for any future trips to Menorca. I’d definitely recommend it to anyone who asks, provided that they don’t tell everyone else, because I quite liked how chilled out and quiet it was on a Saturday night in July.
Restaurante Mesón El Gallo
Ctra. Cala Galdana km. 1,5
Tel. 971 37 30 39
www.mesonelgallo.com
Total
0
Shares
Share 0
Tweet 0
Pin it 0