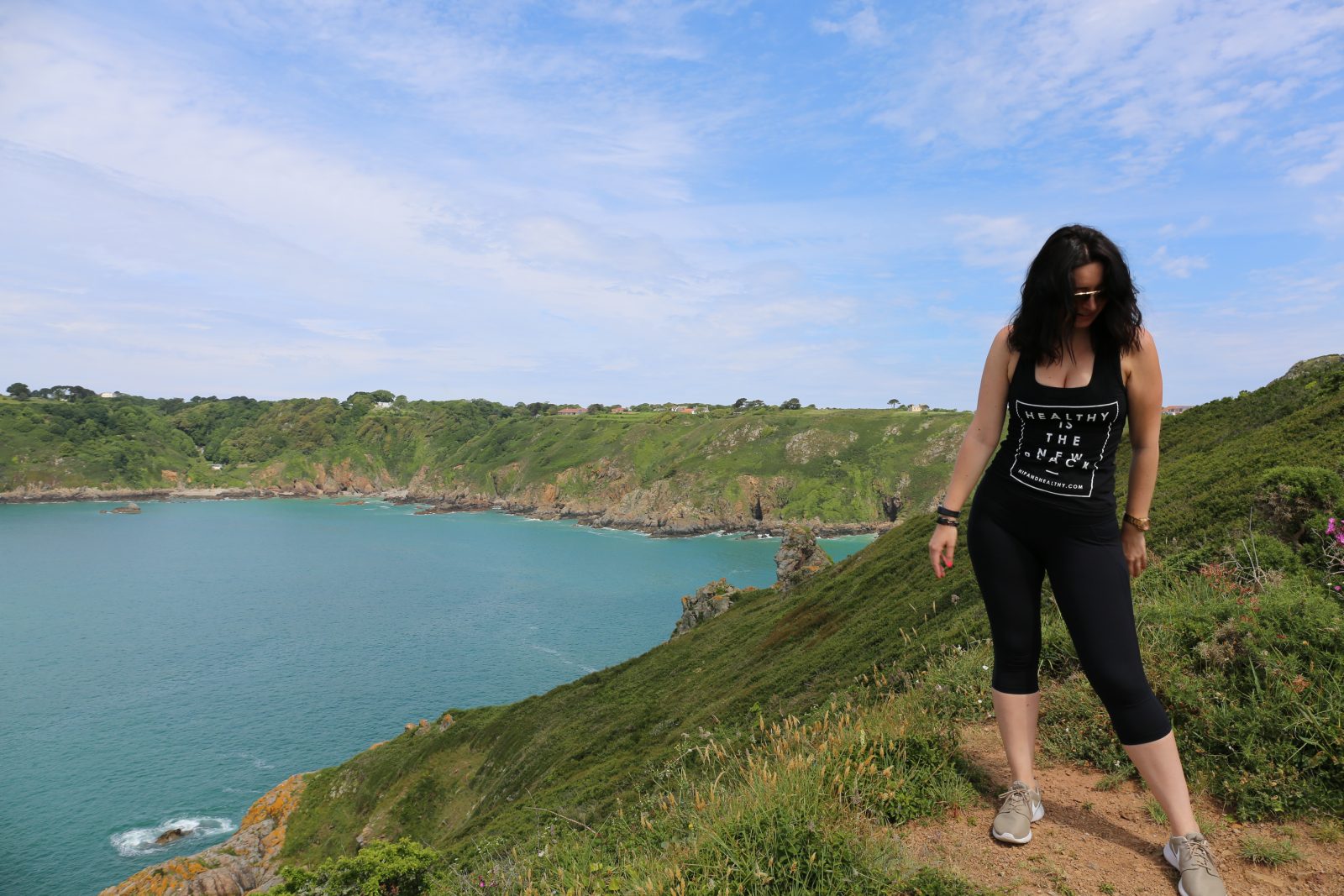 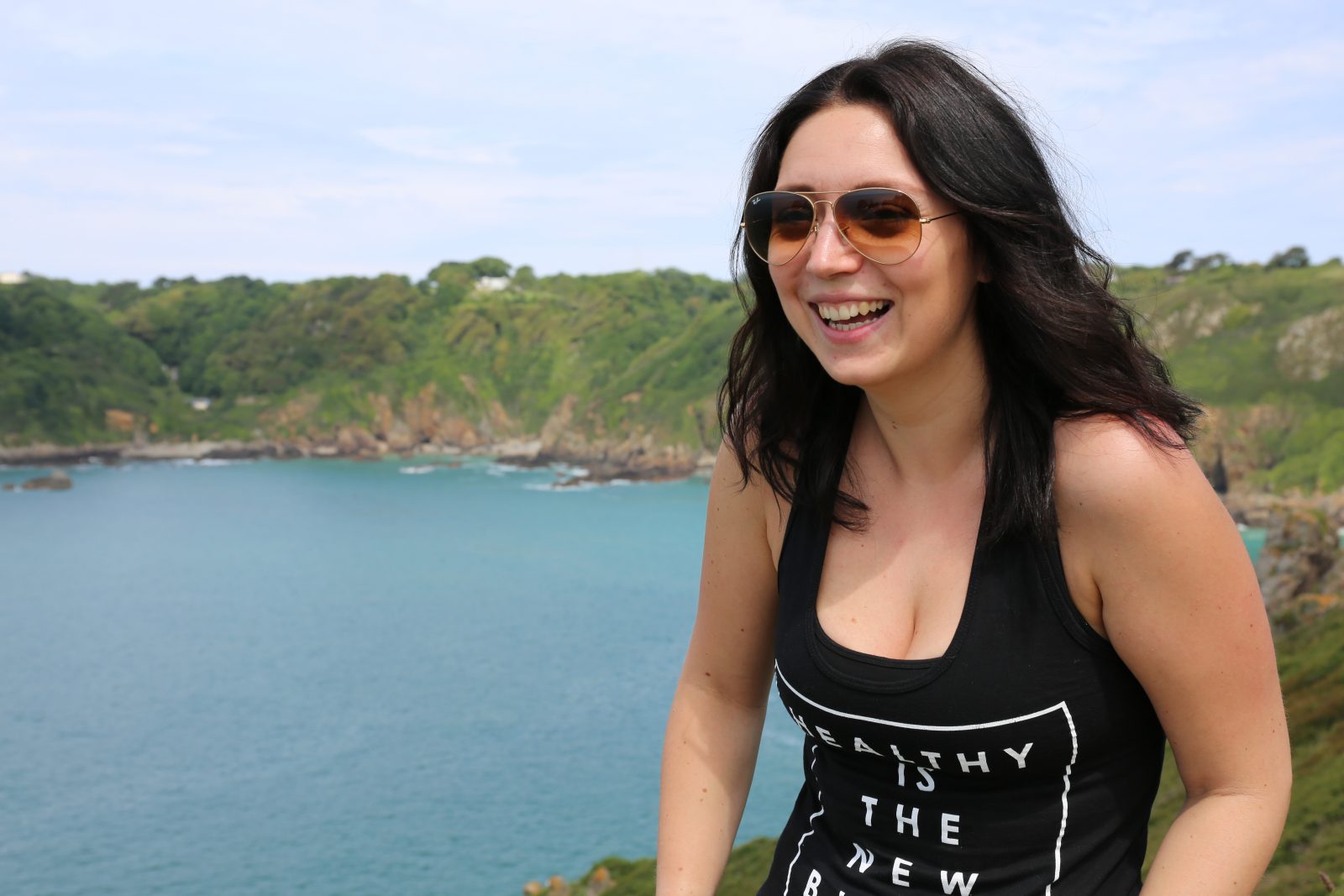 I first realised that I needed to really start doubling down and focusing on self-care and wellness in Aug 2016. I was two years into my freelance career, I had lived in Guernsey for almost a year and my work from my previous London clients had started to slow down (which admittedly had been my aim in order to grow the consultancy side to my business). This meant I had more time of my hands to a) procrastinate, and b) worry about money. Which unfortunately is exactly what I did. And I got myself into quite the state as a result. I used to cry a lot. And I mean, sob. I would let it build up and build up and then I would sob about how terrible my life was and attack myself both mentally and verbally with a list of things that were making my life so awful. Healthy, I know. Incidentally, my life wasn’t awful- it was just my body’s reaction to feeling overwhelmed with everything going on in my head.

My mum taught me a very simple method for emptying an overwhelmed brain, when I was younger and hormonal: Write everything in your head down until you have nothing left to write. Both her and I are total list people, so this really appealed to me. I’ve done it countless times when I’m feeling overwhelmed with life or a project – or whatever. And it’s funny how insignificant the majority of things are that you worry about once you see them written down in black and white. It’s also funny how fixable the majority of these issues are too. And what about the ones that you can do nothing about? Well, there’s not much point worrying about them at all.

I’ve even done this exercise with Rob a couple of times – I get him to write whilst I list everything that is stressing me out. Soooo much fun for him, I’m sure. Some things, as both a man and a generally non hormonally-charged person, would make him look at me incredulously. Tax return, client work, piles of laundry he could understand. But the state of the under-stairs cupboard or the second shelf of the living room bookshelf or the fact that I haven’t finished organising a travel documents folder or my Dropbox or hung a picture in the bedroom… less so.

When I’m feeling overwhelmed all of these things go on one list – my work life and my personal life are very much intertwined. What happens in my business life very much affects me personally. When something is affecting me personally – stress, a family issue, things that need organising in the house – I find it very difficult to work, because this all happens in the same place. Work is not a distraction for me. It’s another thing on my general life to do list.

When I realised this, I knew that I had to change. I had to at least separate my one giant overwhelming list into smaller more manageable ones. One Saturday morning, I’d had a mini meltdown (I was due – it had been a couple of months…) and managed to fill 4 A4 pages with things that were on my mind – front and back. I knew I needed to break them down to get a little bit of clarity, so with Rob as my scribe, we separated them all into different lists for different areas of my life. I already felt better. In fact, as a solopreneur, often just talking out loud with someone else helps massively. We then went through and prioritised each item. Is this a 1 (high priority), a 2 (kind of important) or a 3 (can definitely wait)?

Out of all of the lists, there were about 5 or 6 high priority ones (a 1). I had probably initially categorised way more than that as a 1, but Rob had given me the look to make me realise that it wasn’t a life or death situation that the downstairs cupboard wasn’t organised…

Now, the funny thing is that usually that is where I stop. It’s written down, I feel better, I move on with my life. The issue there is that I don’t actually fix the problem – the overwhelm. I realised I hadn’t ever dealt with that in the long-term. So we ticked a few things off the list and scheduled in a couple more. Work priorities were set for Monday. Home priorities were set for Sunday and Rob begrudgingly took on a few “very important” chores so that we could tick more off the list. They weren’t important – I don’t know the last time someone on their deathbed said that they regretted not clearing out the understairs cupboard… In fact, the important, necessary tasks always do get done – emptying the dishwasher, laundry, food shopping etc… you always find time for the necessities. Slowly, I felt better, by breaking things down and getting things done. Rob always says to me: “How do you eat an elephant? One piece at a time.” (He’s South African…) 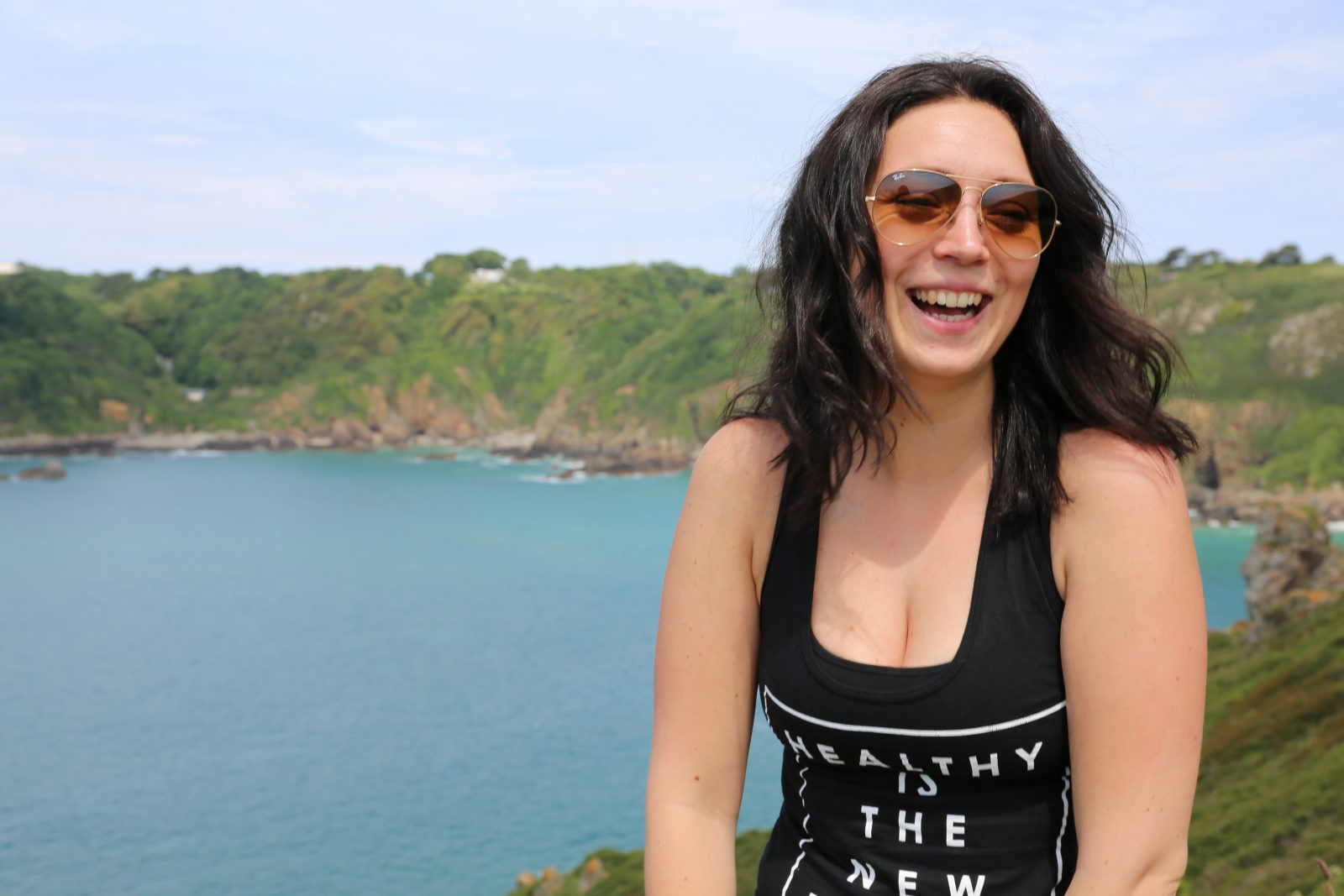 So what did I learn from all of this?

Perspective was the biggest thing. I’m also a firm believer in respect. Now, hear me out on this. In life, why do you do what your parent/teacher/boss tell you to do? Because you have to? No. You could physically walk away and say no if you wanted to. The answer is RESPECT. Respect for them, respect for “the system”, respect for other people around you. How annoying was it at school to have to wait for the class clown to calm down and stop disrupting whatever was going on?Very. That’s why you behaved.

I had a what some may call an epiphany a couple of weeks after my last outburst that August. I was still working on making sure I didn’t get to that point of overwhelm again. I realised that I kept setting myself all of these goals and writing all of these to do lists and not achieving or completing them. To solve this, I actually asked Rob to act as my ‘boss’. My plan was that I would tell him my to do list every day and he could ask me every evening when he got in from work if I’d done it . Accountability – that’s what I was looking for. He said no. WHAT? I was horrified that he wouldn’t help me to achieve my goals – that he couldn’t do one simple thing to stop me from feeling overwhelmed. What did he tell me? “You started your own business because you didn’t want a boss or structure or routine and now you are saying that you cannot cope without those things.” That should have been life-changing for me, but of course I wasn’t truly listening. All I heard was the ‘no’ and the fact that he wasn’t willing to start supporting me when I was clearly upset. God, I hate it when he is right.

However, a couple of weeks later, it was that word ‘respect’, that brought it all into total clarity for me. This was what I was thinking: If I had a boss or a personal trainer or a strict in-house parent (aged 30, I know…ridiculous), then I would do what they said because I would respect them. So, WAIT… Does that mean that when I set myself a goal to complete a project or lose 10lbs or organise that bloody cupboard and then I don’t do it, does that mean that I don’t respect myself? It just clicked right there, when I was folding the laundry. I have to be responsible for my own accountability. It’s writing a list and actually completing the things on that list by the deadlines that I set myself that make me feel a sense of achievement. And THAT is what also controls the overwhelm.

My systems didn’t change overnight by any stretch of the imagination, however, my mindset did. I have not had one of my  mini emotional overwhelm breakdowns since. Even when things don’t get done, I am understanding that they may never because other things crop up. I also know that things take time. You can’t complete a 4page to do list – front and back! – in a day (believe me, I’ve tried!). But if you take things one day at a time, set goals for yourself and complete steps to achieve them, you will avoid that sense of overwhelm and, ultimately, that disappointment in yourself that often leads to low-self respect, because you don’t deserve it. 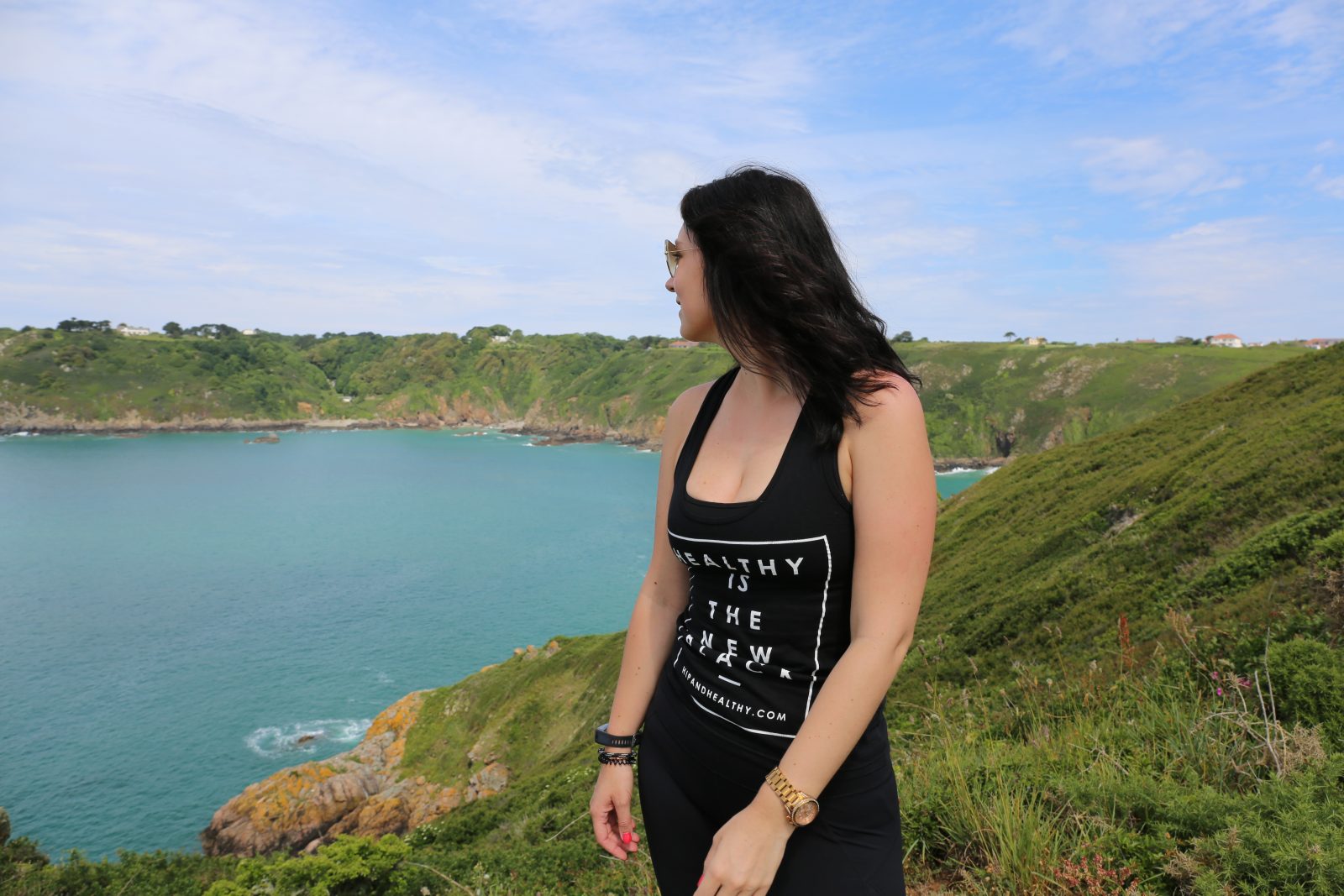 You know that saying, ‘you are your own worst critic’? It’s true. No one else is scrutinising you as much as you are scrutinising yourself. They are probably too busy criticising themselves, let’s be honest. So give yourself a break, do some yoga/meditation/reading, find a self-care routine that sets you up right for the day and set yourself some achievable goals. Then go and achieve them. Good luck! If I can do it, then you most definitely can.