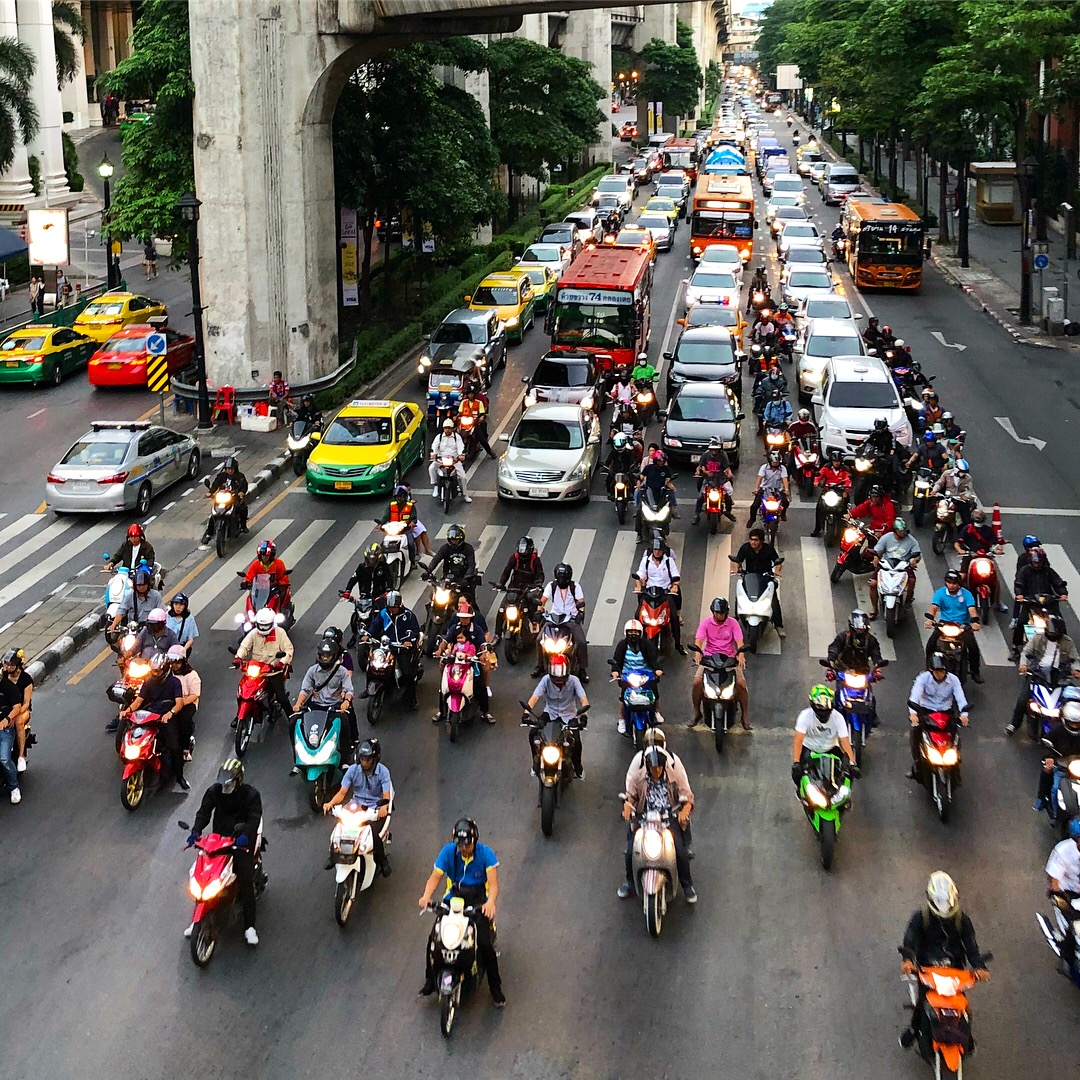 After a whirlwind 24hrs in Helsinki, we found ourselves in Bangkok for less than that before flying to Hat Yai to head over to Koh Lipe for the week.

So we knew we had to make the most of where we were and after two days of travelling and entering a new time zone, we knew that we were going to be tired.
Now I’m not one to say throw money at the situation, but splurging on simple things like taxis and a good place to rest your head is well worth it when you are in transit.
We arrived into Bangkok airport at around 3pm and we’re fast tracked through security and passport control thanks to our business class browsing passes. We walked straight out into arrivals and to a waiting car, complete with cold water and WiFi. Bliss.
We were staying at the Intercontinental Bangkok and were very warmly welcomed and smoothly checked in. Our room was huge with views over the city and there was a huge bathtub just screaming out to be filled.
Just like in Helsinki, We tried not to spend too much time chilling in the room for fear of falling asleep, so we had a quick shower to freshen up and headed up to the roof terrace pool bar for a drink. We were greeted with stunning views, 33dehreee heat and a cool drink. Fresh watermelon juice is a new favourite of mine. So refreshing and so hydrating. 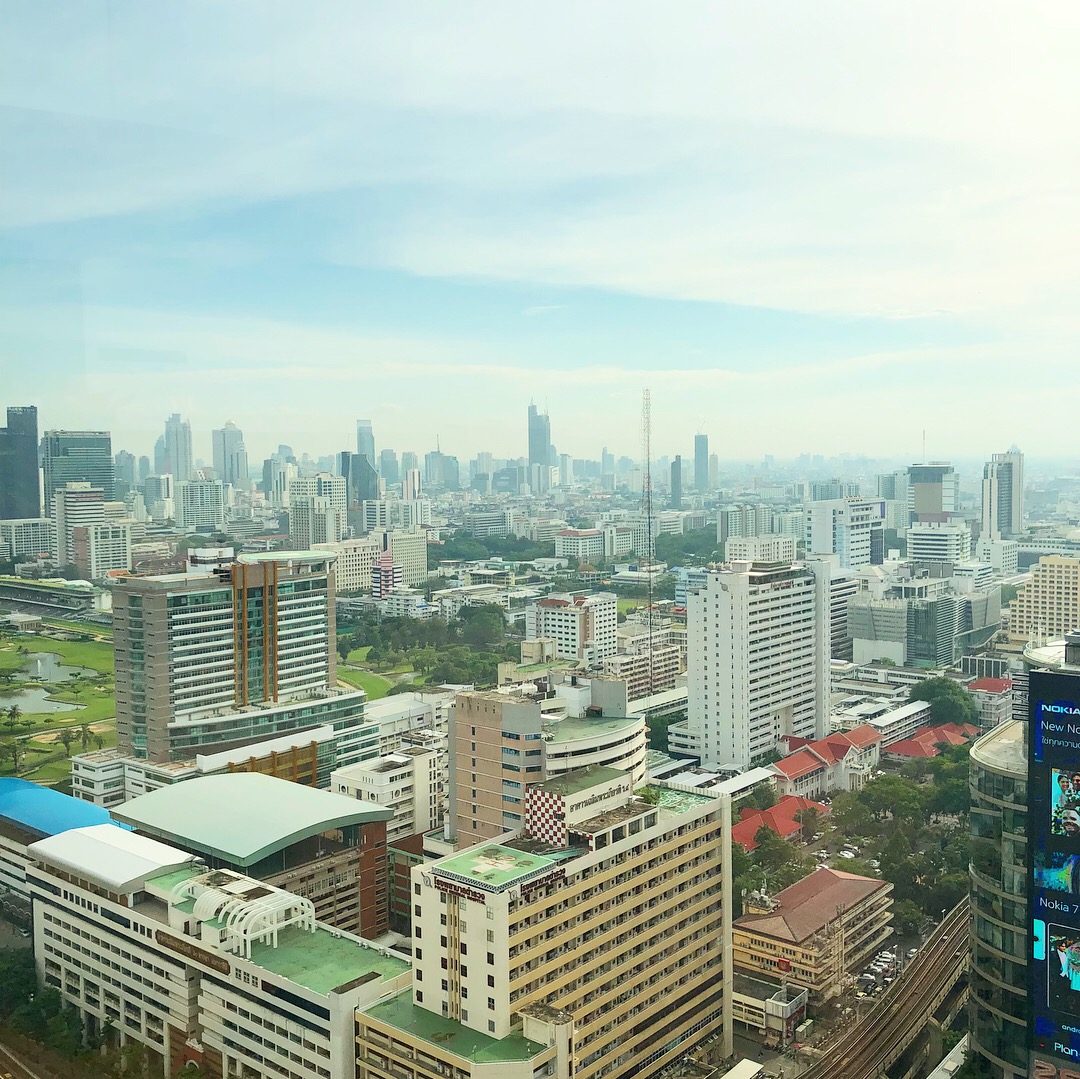 We took a bit of while to get going after that as we couldn’t decide what we wanted to do. We wandered over to the mall in front of the hotel to buy some sun cream and other supplies that we may not have been able to get for a good price on Koh Lipe island. Then we mooched backnovwrthe hotel bar for another drink where we finally made a plan for the evening.
We walked over to Siam station where we caught the sky train to S Taksin and then a boat to P A. The sky train was pretty busy but beautifully air conditioned. The boat trip was a lovely way to see the sights. We skipped the aptly-named ‘Tourist Boat’ and caught the C P express boat, which wasn’t that express given the 25mins it took to get to our destination. The sun had already set by the time we boarded so we had a Bangkok by night tour alongside locals who were commuting home. We floated right past Wat Arun( the temple of sunrise?!) as well as the somethingpalace. It was the perfect way to tick a few things off on a fun trip when we didn’t have the time or the energy to do much more. 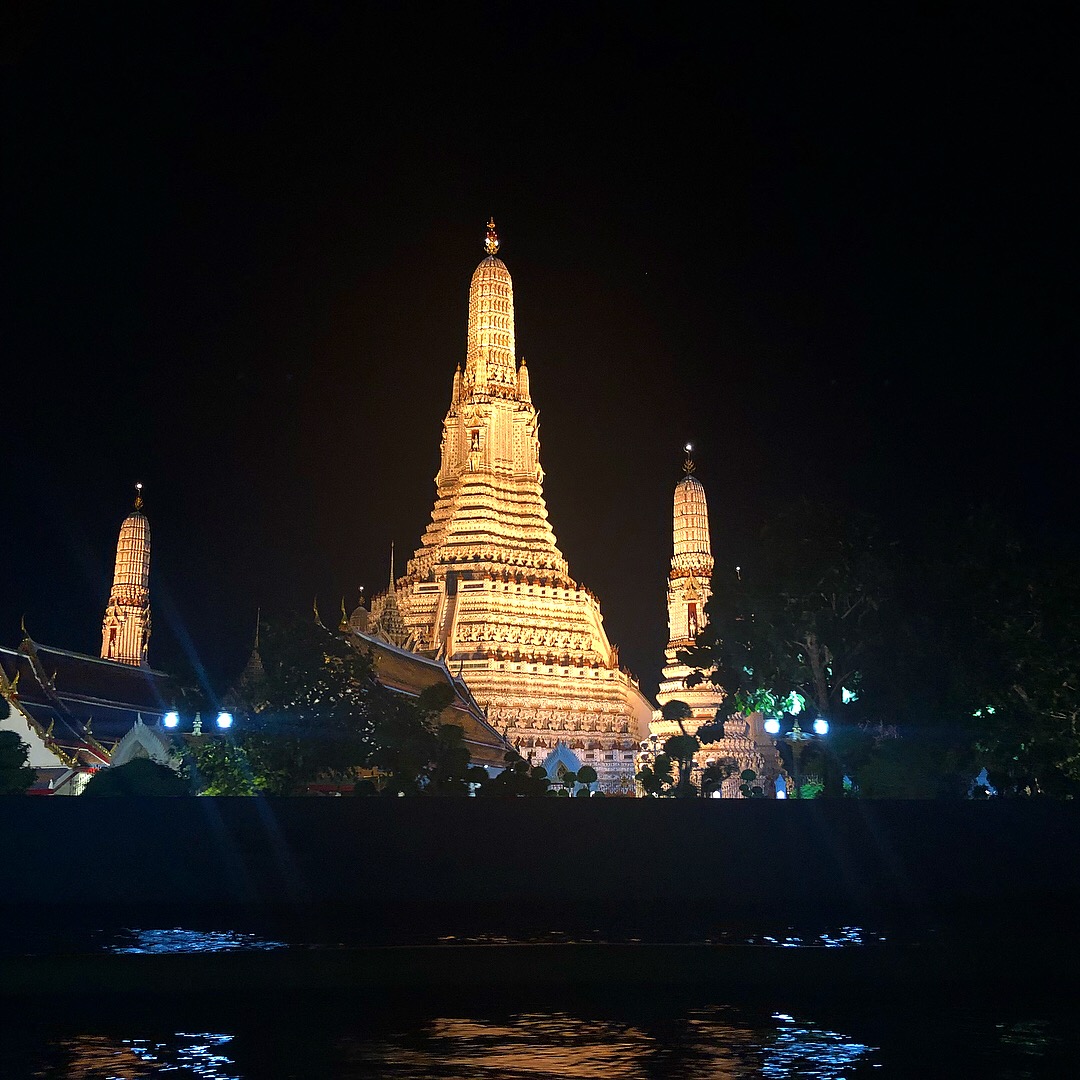 We jumped off at Phra Athit and wandered over to the infamous Khao San Road, which in our slightly jet-lagged state was a little more than we could handle as street food vendors and sales people thrust everything in our faces from deep fried scorpions to bespoke tailored men’s suit deals. We didn’t end up stopping very much and then made our way away from the hustle and bustle to grab a cab back to our room where we ordered room service, replied to a couple of emails and in my case, fell asleep in the bath. I woke up an hour later in cooled water and crawled into bed in anticipation of our 3am wake up call back to the airport. We woke up, packed and got picked up by another very lovely car and driver and found ourselves back at SUV… just over 12hrs later. 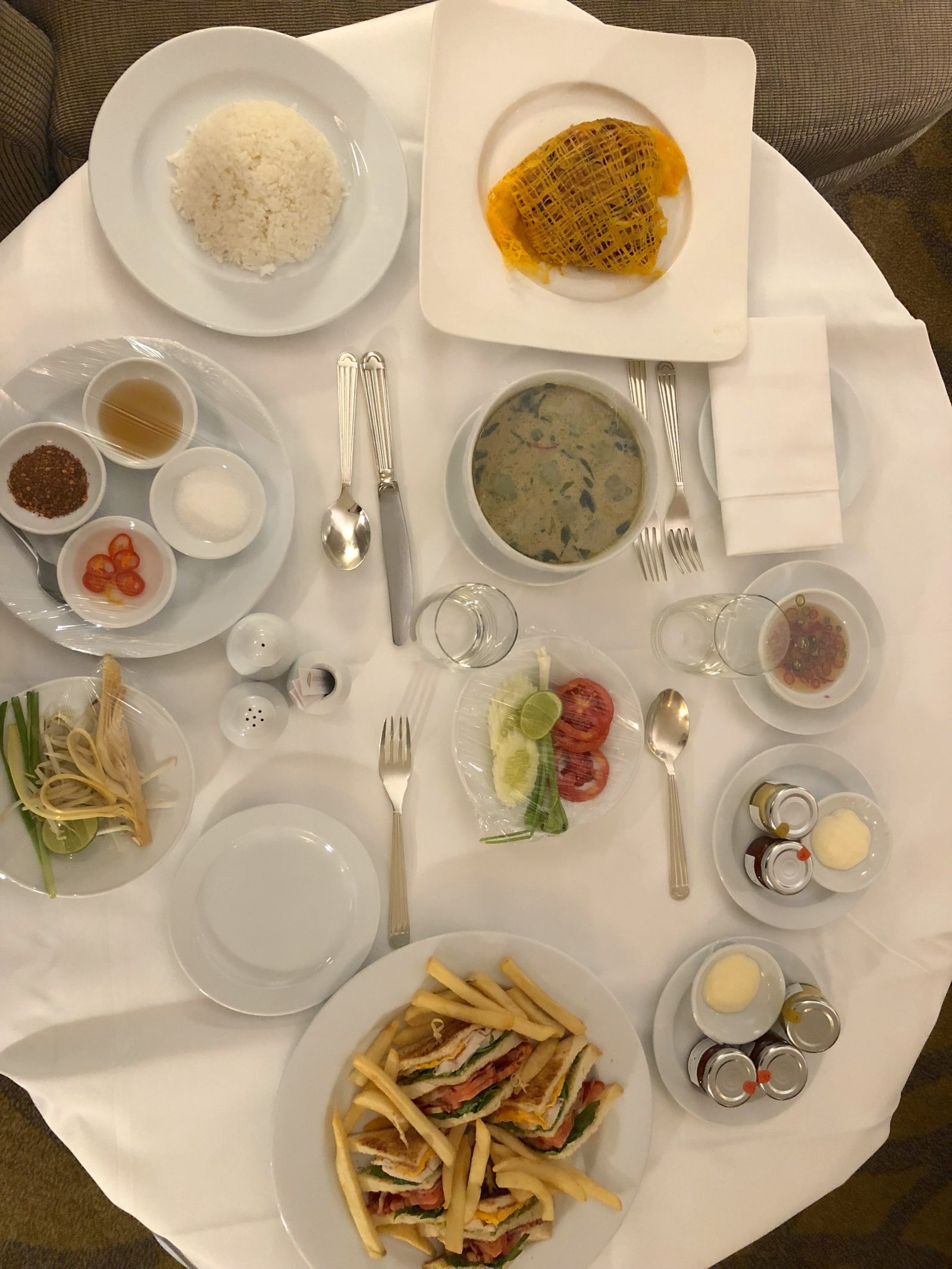 I enjoyed my experience of Bangkok, even though I know we could have done it better. I like to do my research on a place before venturing out. But we both agreed that we saw a few things and still rested well so all in all it was a successful little stopover in Bangkok.
Total
0
Shares
Share 0
Tweet 0
Pin it 0